WINNERS AND FINALISTS FOR THE THIRD ANNUAL PRISM AWARDS ANNOUNCED

The Winners and Finalists of the THIRD ANNUAL PRISM AWARDS were announced at a special panel at COMIC-CON INTERNATIONAL SAN DIEGO on Thursday July 18, 2019.

The Ceremony opened with a welcome by Maia Kobabe and Ted Abenheim discussing the origins of the Prism Awards which began when Prism Comics, The Cartoon Art Museum and The Queer Comics Expo (a San Francisco-based LGBTQIA+ comics convention) joined forces – and with the help of Chairperson Maia Kobabe – presented the first Prism Awards at The Queer Comics Expo in San Francisco in July of 2017.

Nina L. Taylor Kester (Cartoon Art Museum, Queer Comics Expo) described how she designed the Awards to be handcrafted in keeping with the creative spirit of LGBTQAI+ comics creators.  The Awards  are made from a glass rainbow crafted by Amy Karadbil set on an etched comic book created by Barry Figgins (Lyris Laser Studio) on a wooden base.

Maia Kobabe discussed the mission of the Awards to honor and promote the growing number of diverse, powerful, innovative, positive and challenging representations of LGBTQAI+ characters and stories in fiction or nonfiction. The Awards are split into categories based on size and medium and voted on by diverse panels of comics professionals, educators, librarians, journalists and writers.  See below for categories and judges.

Maia Kobabe, Heidi McDonald, Rob McMonigal and Sina Grace announced the winners in each category to eager applause from the audience. Casper Cendre and Io Ascarium (Anthology Winners for ABO Comix Vol 2: A Comic Anthology by LGBTQ Prisoners) and Lilah Sturges (Mainstream Comic Winner along with Polterink, Jim Campbell and Boom! Studios for Lumberjanes: The Infernal Compass) accepted their 2019 Prism Awards in person with heartfelt speeches on the importance of the Awards to themselves and the community at large.

The panel closed with congratulations to all of the Finalists and Winners and encouragement for submissions for the 2020 Prism Awards which will open in early 2020 and be awarded in July 2020 at Comic-Con International: San Diego.  Stay tuned at the Prism Comics website prismcomics.org and The Cartoon Art Museum website cartoonart.org for announcements in late 2019.

The winners and finalists for the Third Annual Prism Awards are:

WINNER: see me by e Jackson  https://eshiel.itch.io/seeme
FINALISTS: You Don’t Have To Be Afraid of Me by Victor Martins  https://helloboyfriend.itch.io
Fazenda De Sangue Azul by H. Pueyo and Dante Luiz  https://danteluiz.com/tagged/comics

WINNER: Meal by Blue Delliquanti and Soleil Ho (Iron Circus)  https://ironcircus.com/product/meal
FINALISTS: It Will Be Hard by Hien Pham(self published)  https://wavingpeople.itch.io/it-will-be-hard
The Lie and How We Told It by Tommi Parrish (Fantagraphics)   http://www.fantagraphics.com/thelie 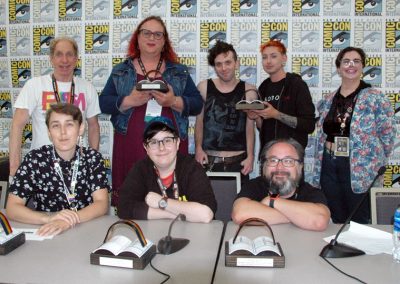 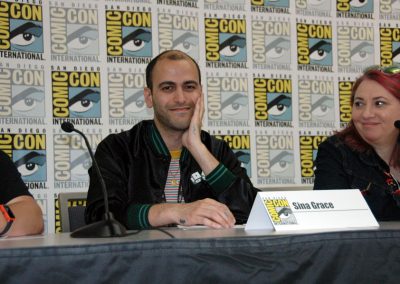 Sina Grace announced a number of the Winners and Finalists at the 2019 Prism Awards at Comic-Con International: San Diego

Sina Grace announced a number of the Winners and Finalists at the 2019 Prism Awards at Comic-Con International: San Diego 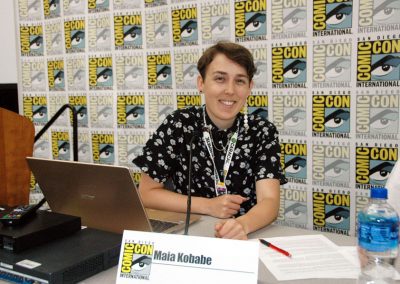 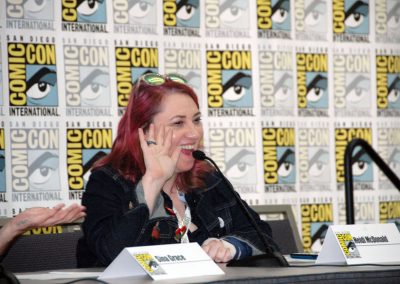 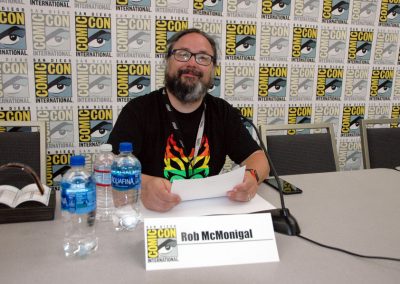 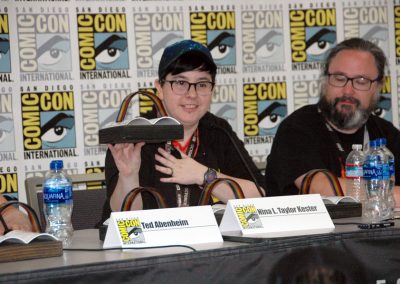 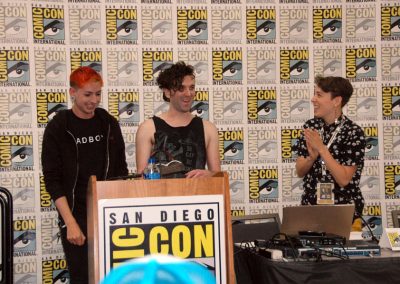 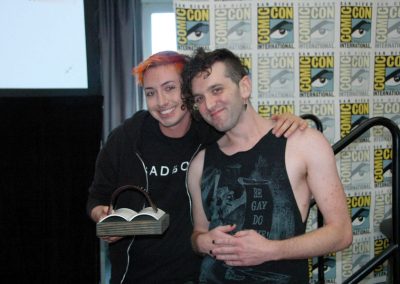 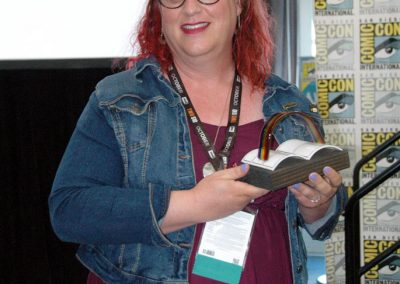 For Winners, Finalists and Judges of the 2017 and 2018 Prism Awards visit https://www.prismcomics.org/prism-awards

Prism Comics – Founded in 2003, Prism Comics is an all-volunteer non-profit organization that supports LGBTQ+ and LGBTQ+ friendly comics, comics professionals and readers.  Prism fosters diversity in comics and popular geek culture and is one of the only comics organizations that provides an annual financial grant to emerging comics creators – The Prism Comics Queer Press Grant.  Learn more at prismcomics.org.

The Cartoon Art Museum – The Cartoon Art Museum’s mission is to ignite imaginations and foster the next generation of visual storytellers by celebrating the history of cartoon art, its role in society, and its universal appeal. The museum’s vision is to be the premier destination to experience cartoon art in all its many forms from around the world, and a leader in providing insight into the process of creating it. The Cartoon Art museum can be visited online at cartoonart.org and at its new location 781 Beach St, San Francisco, CA 94109.