WELCOME TO OUR NEWEST PRISM BOARD MEMBER – MISSY BOYD 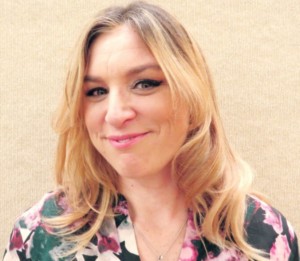 We’re thrilled to welcome our newest Prism Comics Board Member, Missy Boyd. Missy joined Prism Comics as a volunteer in 2010. Since then has been one of our key volunteers, bringing wonderful spirit and leadership to our booths at San Diego Comic-Con, WonderCon, Bent-Con and other shows.

Missy is currently in her senior year at CSUSB (Cal State University San Bernardino in California) pursuing a BA in English Literature and completing a minor in Communications.  While attending school, Missy has volunteered for the last five years with Prism Comics at various conventions throughout southern California. In her spare time, Missy enjoys the outdoors by birdwatching and hiking at national and state parks. She has volunteered many hours to preserve and protect local environments for future generations. She loves all things nerd culture the most, however, and welcomes in depth conversations about anything produced by Jim Henson studios or Hayao Miyazaki.

Missy is just a comic book hobbyist, and by no means an expert, however she welcomes and enjoys creativity in all of its forms and believes there is a place for every kind of voice in the world of literature and pop culture. 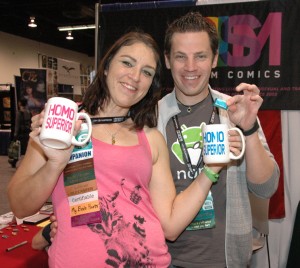 Missy told us recently – “For me, Prism is more than just a nation-wide distributor of LGBTQ comics. It has become a family of many different types of people who share and foster a love of creativity and her absolute favorite thing about volunteering for Prism is creating a safe and celebratory space where fans, creators and readers can come and feel at home. At Prism, there is a place for everyone, and as a straight supporter, I’m absolutely thrilled to be a part of this special group of people.”

We thank Missy for her wonderful support of Prism and look forward to having her with us on the Board and at upcoming conventions.