My fourth day at Comic-Con and only my second blog. Apologies but I’ve been busy. For one, I got to meet John Barrowman!

If you ask “Who?”, well, your dilithium tiara is revoked! He’s Captain Jack Harkness of Torchwood who can also sing, dance, and charm the pants off anyone. He very kindly agreed to sign an action figure of Captain Jack, so that we could auction it to benefit Prism (thanks to Ted Abenheim and Scott Moore for making it happen).

Anyhoo, I went over to the Hilton Bayfront where John emerged slightly wet from the gym and smelling terrific. He couldn’t have been nicer and even posed for this picture. He’s got piercing blue eyes and a kind, sweet smile. One of those guys who gets better looking with age. 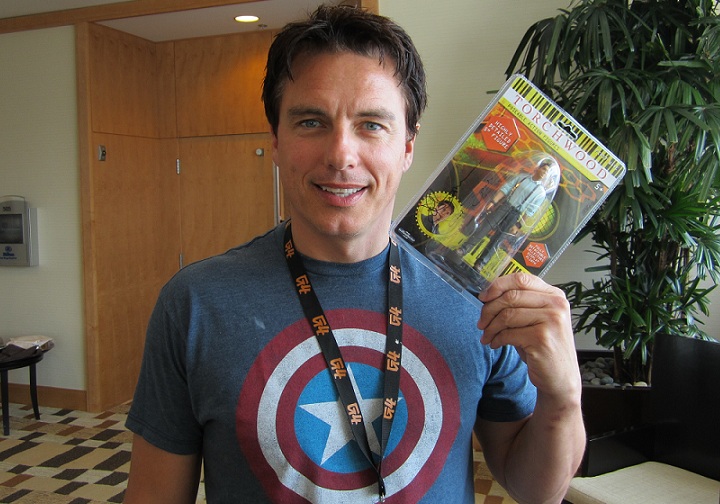 But back to reality…there were loads of things that happened on Thursday I didn’t have time to cover.

Andy Mangels, who is celebrating his 25th (and final) “Gays in Comics” panel, was a Special Guest at Comic-Con this year. His friend, Roger Klorese (former Prez of Prism), chatted with him in his very own Spotlight. Listening him talk about his career is to learn about the history of out LGBT creators and characters in the comics industry. Without him, there’d be no place for queer writers, artists and comics industry professionals, nor for fans. Would there be a Northstar wedding? 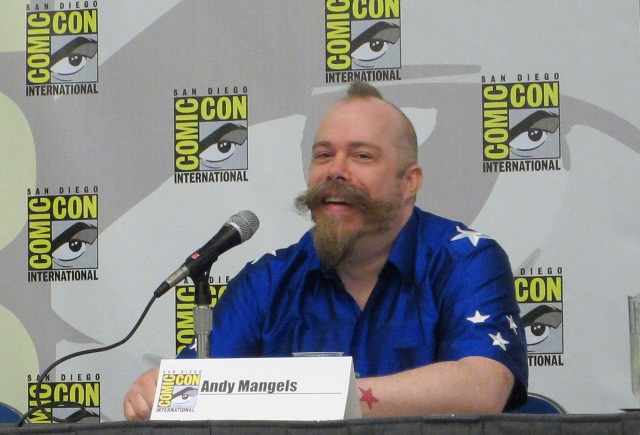 I also attended the panel “Graphic Novels: The Bookstore Crowd” which featured Alison Bechdel along with other artists and writers, most of whom I had never heard of but became fans of instantly (below, Alison is pictured with Kate Beaton). It was an interesting talk, with Alison revealing how she never expected “Fun Home” to be a success at all, let alone to the level it’s reached, being taught in college courses and moving out of the comics section into memoir and literature in the bookstore. The panelists were asked about the demise of Borders and if it affected their sales–some reporting that small bookstores saw a boom. 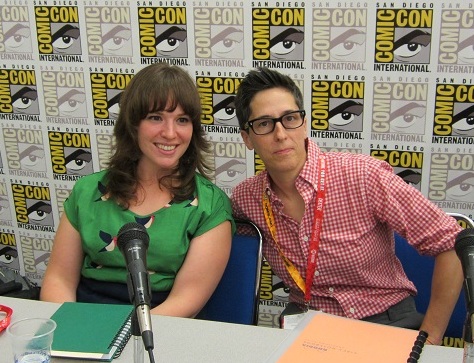 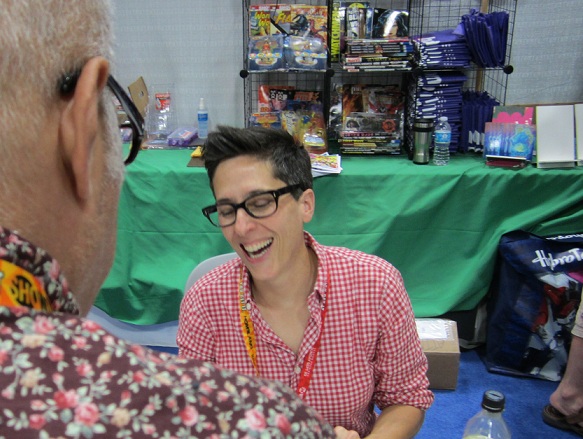 Before moving onto Friday, a little Tron goodness: 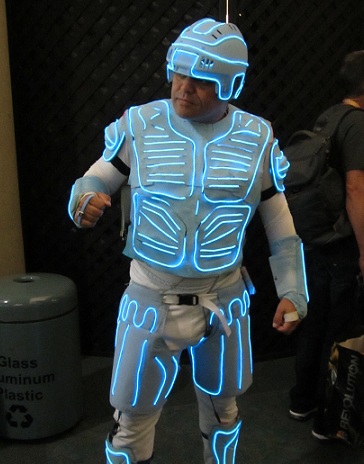 On Friday, Phil Jimenez was kind enough to appear for a portfolio review, which we offer for potential applicants to the Queer Press Grant, which Prism offers as the only grant in the entire country for comics, straight or gay. 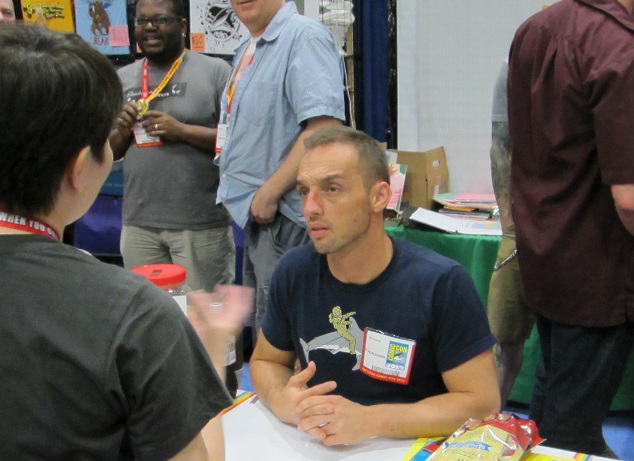 Dave Zelman was giving a preview of his new graphic novel Al-Qaeda’s Super Secret Weapon which features super-sexy men (the cut-out dolls he had displayed were naked underneath). 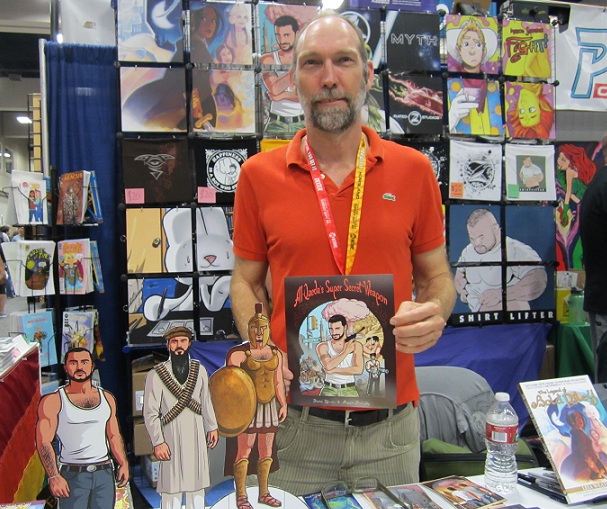 Speaking of super-sexy, it was great seeing Steve MacIsaac (Shirtlifter) this year at Comic-Con.

Alright, have to stop here. So much more to cover, so little time. I’ll leave you with this: 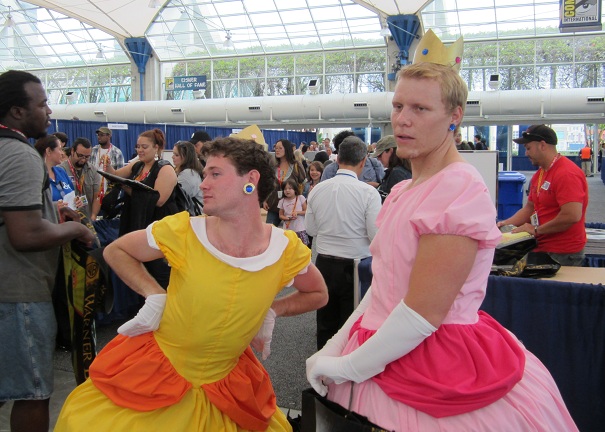 Cross dressing was huge with the kids this year! And I don’t think they’re all gay. Have we reached that point yet?