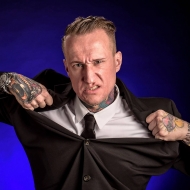 Spaceboy13@hot-shot.com
The Many Deaths of Kristian 13
Purchase Link

Yves Navant is a writer and artist based in Denver, Colorado.
Born and raised in the United States, Yves is the 13th and youngest of a European family.
Coming of age in the night time, pop culture warzone of late 20th Century America, Yves honed his craft while falling in love, destroying things, breaking hearts and drawing beautiful women, handsome men, gods and monsters.
Against all odds, Yves survived a dangerous and cinematic adolescence before embracing academics.
Leaving behind a fledgling music career with his band Divine Reich (material available on iTunes and Amazon.com), well-intended promiscuity and a fondness for extreme behavior, Yves enrolled in a private art college, and as testimony to his characteristic intensity and ambition, completed an entire Bachelors of Fine Art program in just over two years, graduating Magna Cum Laude.
Yves' advertising and editorial illustration work has appeared regularly in various periodicals, including Out Front Magazine.
Under one of his many pseudonyms, Kristian Navant, Yves wrote and illustrated the graphic novel, Heaven's Heat Wave now available world wide on Amazon.com and other sites.
Yves' memoir, The Many Deaths of Kristian 13, is available now. Yves' recent comic AVANT-GARDE: Experiments in Low Art, Pulp Violence, Love & Tragedy, is available now in the PRISM store and at Indy Planet.com
Be good.
Be brilliant.
Be a hero.
Just like Yves. 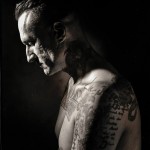 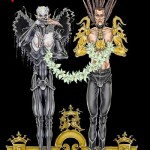 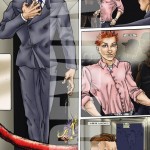 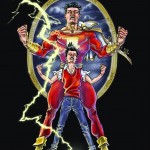 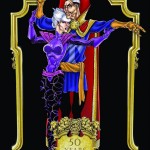