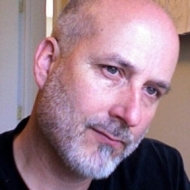 nefarismo@gmail.com
http://www.jonmacy.com
Fearful Hunter
Amazon Link
Jon's first comic book series was Tropo published in 1990 by Blackbird comics. It was followed by the erotic horror comic series Nefarismo from Eros/Fantagraphics. Since then he has done some long running series in Gay skin magazines such as Steam, Wilde, Bunkhouse and International Leatherman.
His work appeared in the anthologies Gay Comix, Negative Burn, Glamazoniam, Boy Trouble, THREE, and, of course, Meatmen. If you don't blink you will also see his illustrations in the first Fallen Angel by Titan Media.
Jon's graphic novel Teleny and Camille published by Northwest Press, is a 248 page black and white adaptation of the anonymous Victorian novel Teleny attributed to Oscar Wilde and his circle. Teleny and Camille won the 2010 Lambda Literary award for best Gay erotica.
Jon's new series Fearful Hunter is a Gay romance set in a fantasy world of Druids and werewolves. Issue three of four is out now. Fearful Hunter is the recipient of the 2010 Prism Comics Queer Press Grant.
He lives in super funky West Oakland, California. 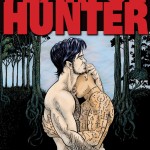 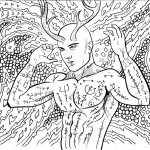 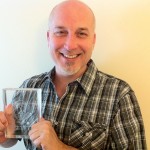 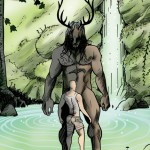