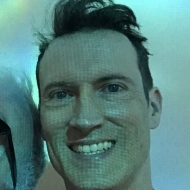 Joel is a comic book writer and illustrator who lives in Los Angeles with his musician husband, Donovan Holden. (There were married in 2003 & again in 2008 when gay marriage was finally legal for the short period of time before prop 8 passed.) The graphic novel, Journey To Gaytopia is being published on November 1, 2017.

His previous self-published Welcome to Nursing HELLo, a Graphic Memoir is available on Amazon.  Joel fell into drawing comics by accident when his job schedule as a registered nurse prevented him from performing on the stage.  This book takes the reader on this gay man's journey into his job as a nurse. He gets a little help from rockstar, Madonna, in his journey.

As an actor Joel has appeared in the web series he co-wrote with actor C. Stephen Foster called What's My Intention about a group of actors in an acting class taught by this aging alcoholic, never-was actress, Stella Graves. 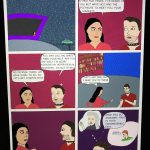 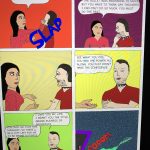 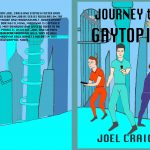 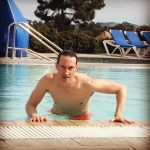