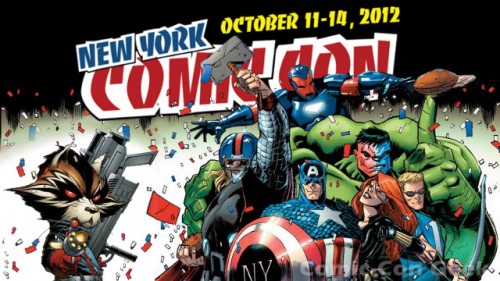 “We’re very excited to be back in New York where there is a huge LGBT comics fan base,” said David Stanley, Prism’s PR Chair. “We’ll have plenty of the most prominent LGBT creators at our panels and at our booth.”

Prism’s booth (#1875) will be LGBT-central for New York Comic-Con. Drop by and pick up your copy of The Gay Agenda, listing everything of interest for LGBT comics fans happening at the convention. Partnering with Jeff Krell (debuting Jayson Gets a Job), Sean-Z (Myth), Sean Holman (Bent-Con), Tim Paul (Kool Aid Gets Fired). Also appearing will be Erica Friedman (Yuricon) and Rica Takashima ( Rica ‘tte Kanji!).

Prism’s panel on Saturday, October 13th, 4-5pm, is titled “Gay Marriage in Comics: Revolutionary or a Step Backwards?” The comics event of 2012 was Northstar’s marriage to his boyfriend Kyle, on the heels Kevin Keller’s marriage in “Life With Archie”. Does this represent a breakthrough or has it been a way to make the comics world’s most prominent LGBT characters “acceptable” to the mainstream audience? Join moderator Chance Whitmire (Fanboys of the Universe) and panelists Phil Jimenez (Astonishing X-Men), Dan Parent (Kevin Keller), Paul Kupperberg (Life With Archie) and Joan Hilty (Bitter Girl, former DC Comics Editor).