Prism Comics will once again be part of Bent-Con, the all LGBTQ comic and popular media convention at the Burbank Marriott Convention Center in Burbank on Friday, Nov. 7 through Sunday, Nov. 9. 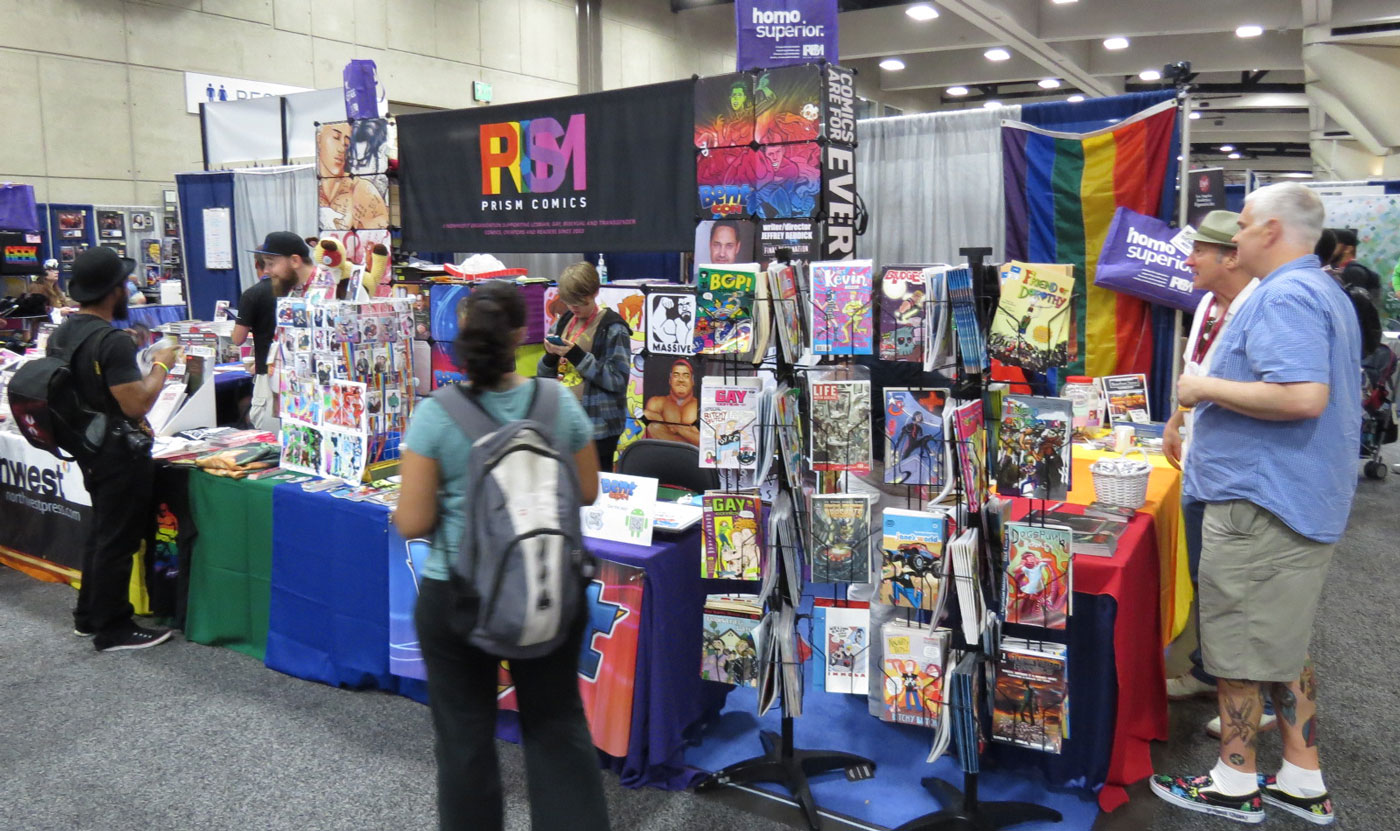 Prism will be selling a wide selection of comics and books from indie creators and major publishers at their double-sized Booth B07. And Prism will present a panel, “Breaking Barriers: Transgender Trends in Popular Culture” on Saturday, November 8 from 5:30 – 6:30 pm moderated by Tara Madison Avery (Dirtheads, Gooch, Prism Comics) with panelists Gillian Cameron (Calogrenant), Julie Rei (Majin and the Forsaken Kingdom) and Jacob Anderson-Minshall.

The Creator Signing schedule (as of November 5) is below. Please check by the Prism Comics Booth B07 for updates.

2 – 5 pm Skye Eagleday (Tales of the Werebear, Big Bad Bumps in the Night, Memoir of a Reluctant Shaman), Signing Table 8

See www.bent-con.org for Bent-Con convention times and all convention events.

Prism Comics is a nonprofit, all-volunteer organization that supports lesbian, gay, bisexual and transgender comics, creators and readers. Founded in 2003 Prism provides a welcoming community of diversity through its website – www.prismcomics.org – and by exhibiting and presenting panels at comic conventions around the country. In addition, Prism is the only organization in the entire comics industry that provides an annual financial grant to aspiring comics creators to publish their work – The Prism Comics Queer Press Grant.