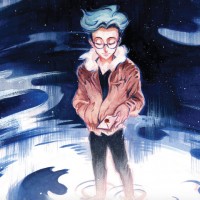 “Eighty Days is an original manga series set in an alternate Eurasian world circa 1935. A shy levelheaded delivery pilot falls in love with a beguiling thief and radio op. Their romance is troubled when the ruling class of pilots condemns them.” -Catherine Esguerra.

“Bisexual Trials and Errors is a graphic memoir about the experiences that formed my bisexual identity in childhood, and stories about my recent dating and crushing adventures. This book will appeal most directly to bisexual and sexually fluid women, a niche market without a lot of representation” -Elizabeth Beier 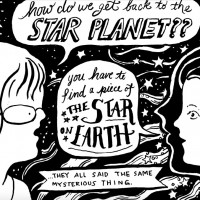 The Queer Press Grant is awarded to assist comics creators in self publishing comics with LGBT characters or themes. Entries are judged first and foremost by artistic merit, followed by concerns such as financial need, proposal presentation, and the project’s contribution to the LGBT community. They are reviewed by the Prism Board, past recipients of the Grant, and Prism’s Advisory Board.