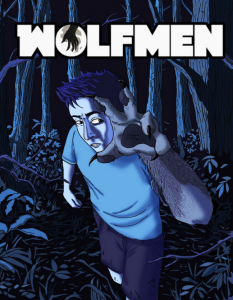 SAN FRANCISCO, CA — For the last ten years the Alternative Press Expo (A.P.E.) has been the home where Prism Comics announced the recipient of the Prism Comics Queer Press Grant. Traditionally taking place after the annual Queer Cartoonists Panel, moderated by Justin Hall, this year’s Queer Press Grant recipient was revealed as Calvin Gimpelevich, along with the artist Emiliano Quale, for their comic book series Wolfmen.

“Prism Comics is an all volunteer organization” said Jon Macy, Prism’s QPG Chairperson. “As such, I’d like to deputize everyone in the audience to help us support this brilliant new voice in the queer community by tweeting the news. Calvin Gimpelevich is the recipient of the 2014 Queer Press Grant. Uh, would anyone like spelling?” 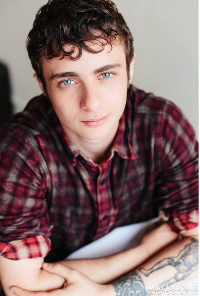 “(I’m a) queer Cascadian writer”, Gimpelevich says, “laboring through the cities and forests in general obscurity. In the past ten years, queer and transgender fiction has rushed to fill the gaps. I am beginning to see explicitly queer characters affected by the realities of queer life, engaged in stories ranging beyond their sexual and gender identities; stories that prove sci-fi, horror, fantasy, and adventure are not exclusively straight.”

Wolfmen is a supernatural comic series exploring the life and community of Aiden, a transgender werewolf, as he medically transitions from female to male.

Find the Wolfmen online at wolfmencomic.com.

To donate to the Queer Press Grant, go to prismcomics.org/donate.php