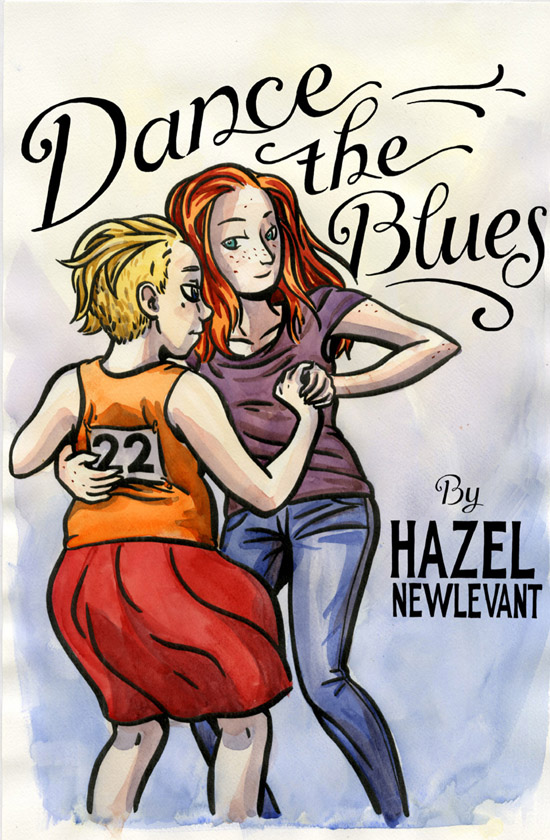 SAN FRANCISCO, CA — At the Alternative Press Expo (APE), Prism Comics announced the recipient of the 2013 Queer Press Grant (QPG) on October 13th during the Queer Cartoonists Panel moderated by Justin Hall. This year’s recipient is Hazel Newlevant for her works “Dance the Blues” and “If this be sin”. Prism Comics, which supports LGBT comics, creators and readers, established the Queer Press Grant in 2005 to encourage the publication of LGBT-themed comics. It is now the only grant today given to independent comic book creators.

“There were so many really talented creators applying for the grant that it was very hard to not love them all,” said Jon Macy, Prism’s QPG Chairperson. “Hazel’s work really hit the magic balance between art, writing, and having something to say.”

Hazel Newlevant’s entry, Dance the Blues, and If This Be Sin, are a collection of powerful short stories that take us into “the rich heritage of queer women expressing themselves through blues music”. In Dance the Blues, contestants at a dance competition ignore gender roles and switch partners with ease. If This Be Sin, includes the history of a female jazz pianist who finds success performing in men’s clothes, but faces crushing reprisals in public life.

“Gladys Bentley was a singer and piano player who performed bawdy tunes in Harlem nightclubs throughout the 1920s and ’30s. Dressed in her signature white tuxedo, Bentley’s crossdressing act poked fun at the limitations of gender boundaries, and has been cited as a predecessor to the modern day Drag King.” -Newlevant.