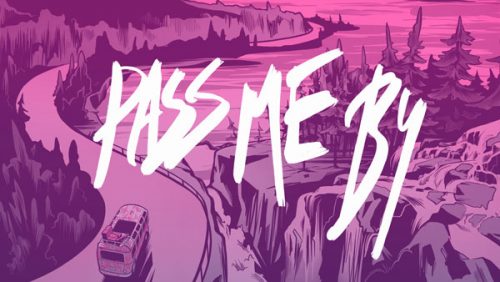 The non-binary creative duo behind the Pass Me By graphic novel series is back with their second installment! The first book in the series, Pass Me By: Gone Fishin’ introduced readers to Ed, a tender old man dealing with dementia in a small Canadian town. Gone Fishin’ was successfully crowdfunded in 2018 and was awarded Best Illustrated Book of 2019 by the Alberta Book Publishing Awards

In Pass Me By: Electric Vice, illustrator Kyle Simmers (they/them) and visual artist Ryan Danny Owen (they/them) continue their exploration of Ed’s memories of lost love and a hidden past, as well as his worsening condition in the present day.  A song on the radio sparks a train of recollection and we are transported to a world of lipstick, leather, platform heels, and neon. Taking place during the rise of glam rock in 1970s Canada, Pass Me By: Electric Vice is a queer love story following Ed as a young man, as he’s swept away from the life he’s always known in the current of an outrageous glam rock band: Electric Vice. Led by the charismatic and androgynous Lou, the band of misfits invites Ed into their world of rebellion, taboo, and love.

The Electric Vice Kickstarter campaign offers readers a chance to purchase two different physical versions of the 168-page graphic novel: the “Renegade” edition, an offset print book with a matte laminate cover and Kickstarter-exclusive book sleeve, or the limited-run “Risograph” edition, a two-tone risograph perfect bound book. Other rewards include a digital edition of the book, a signed tip-in bookplate, and more! 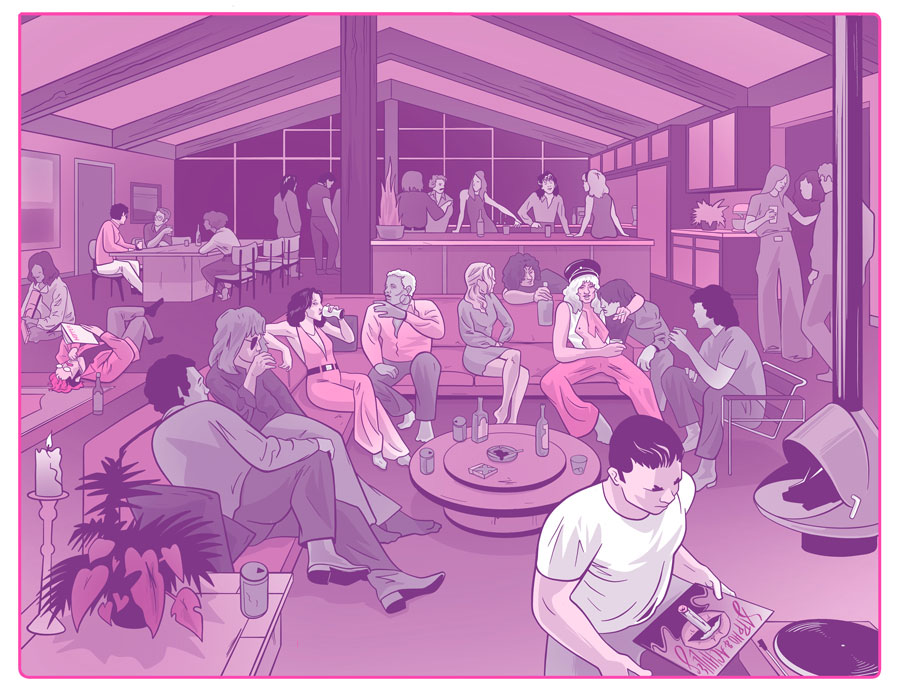 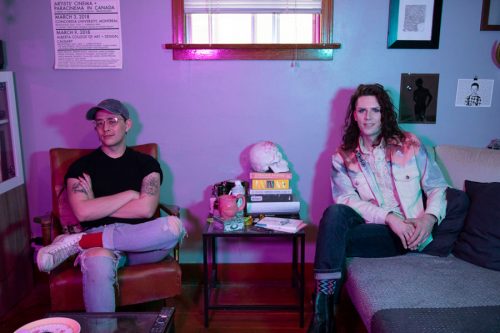 Kyle Simmers (they/them) is a non-binary artist and muralist working with the language of comic media and street art to extend bridges of empathy connecting disparate worlds. Born and raised in a special kind of nowhere known as Bashaw, Alberta, Simmers’ highlights overlook intersections of queer and rural experience. Their public works populate the city of Calgary in support of local businesses and as a participant in the international mural festival BUMP 2019 & 2020.

Ryan Danny Owen (they/them) is a non-binary author, visual artist, drag performer, and queer historian based in Mohkinstsis Treaty 7/Calgary, Alberta. Their work has been exhibited across Canada and they have written for and been included in various publications from Stride Gallery and Luma Quarterly to Raw Meat Collective. Owen also runs an online queer archive, Mirrors & Windows, featuring a collection of found queer photographs from the early 50s to late 90s. 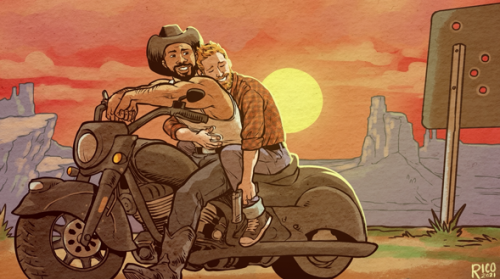 Tommy Dakota and the Shootout at the Burgundy Ten is a queer Western romance comic from Dave Ebersole and Vinnie Rico, the team behind Northwest Press’ supernatural noir Dash.

After notorious bandit Tommy Dakota falls for bartender Jep Walker of ill-famed dive bar The Burgundy Ten, he takes one final job robbing a high-stakes card game. With his future with Jep on the line, all that stands between Tommy and a new life is a cadre of the West’s most nefarious crooks… and robbing them could prove deadly. Can the fated pair make it out alive?

The Tommy Dakota Kickstarter campaign rewards include digital and physical copies of the 70-page graphic novel, as well as an exclusive original theme song by singer/songwriter (and punk piano player) Mike Maimone, copies of the work’s script, 8.5×11” prints, a chance to feature in the book, and much more! 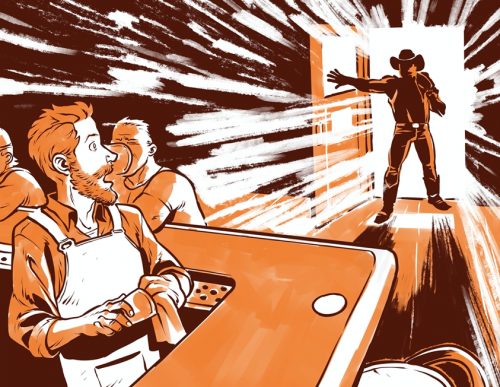 Best known as the writer and co-creator of Dash from Northwest Press, an ongoing series in collaboration with Vinnie Rico and Delia Gable. In addition to comic writing, Dave is also a theater director and playwright whose work has been produced in Philadelphia, New York, and Las Vegas. He lives outside Philly with his Yorkie, Ernie, who is a jerk sometimes but is also cute… sometimes. 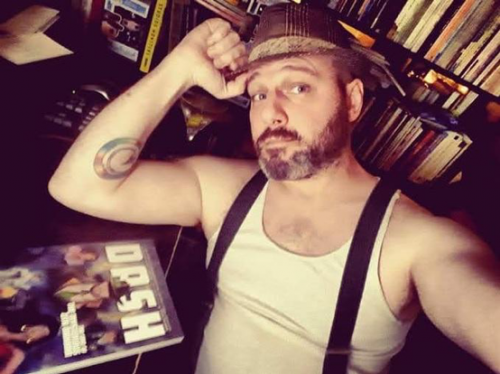 Vinnie Rico is a Mexican comic artist who is very interested in social issues and pizza. In addition to his work as interior artist on Dash, he has also collaborated on comics such as The End is Totally Nigh, written by Kara Barrett, and Fake Empire, written by Eric Palicki. 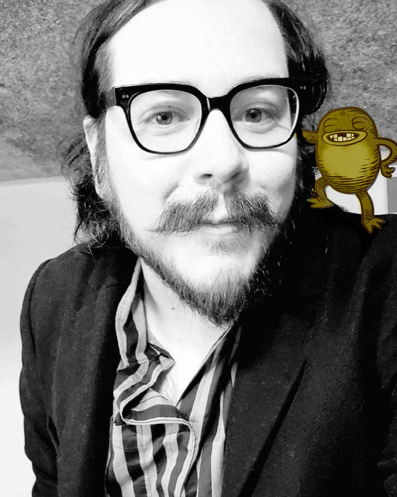 And for gaymers – here are 3 queer video games in their final Kickstarter stretch!