Zan on sale! Marked down, but undiminished in value.

We were tired and somewhat delirious by Sunday. But Zan and Tony Breed kept the dance party going. 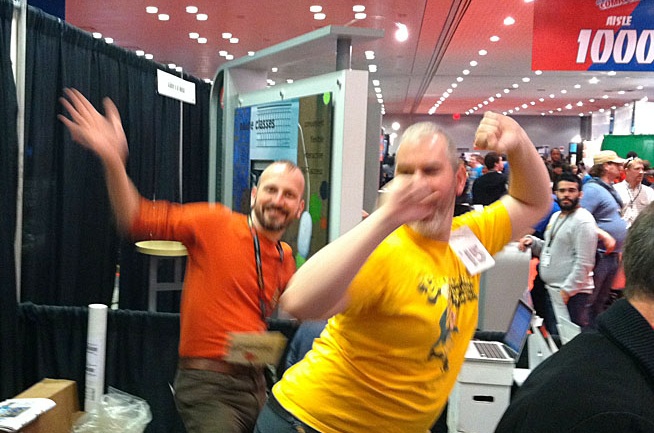 Over at Geeks Out, Suzana Harcum and Owen White were talking to the press about their series trippingoveryou.com. I talked to them, too, and found them to be very cool and their strip is great.

Also met Joey from Geeks Out!

And my apologies to Topher MacDonald. He was there on Saturday and my phone and iPad died so I couldn’t take any photos. But he’s an incredible artist so go to his website here and check out his work, plus you can buy some of his publications.

Overall, we had a terrific show. We met a lot of new folks, established our presence in New York, even got some newly-liberated military folks come up to the booth, which was amazing beyond belief. Glad to meet the Geeks Out folks and hope to collaborate with them in the future. See you next year!