Pride Month is here and so are the funding deadlines for these gorgeous queer Kickstarters. Check them out before it’s too late! 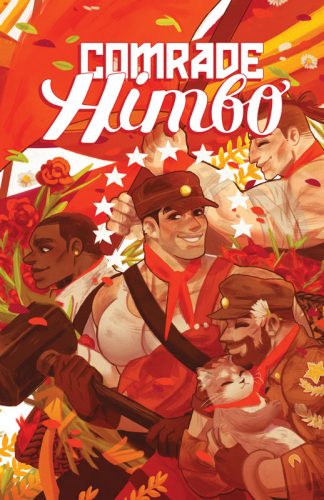 Searching for an artbook that’s sincere, socially conscious, and dare I say… saucy? Look no further than POMEpress’ Comrade Himbo! Comrade Himbo is a 130+ page anthology of comics and illustrations in a variety of beautiful styles. Its pages portray a rainbow of kind-hearted beefcakes endeavoring to support their friends, communities, and fellow workers. And this artistic manifesto isn’t limited to masculine hunks— it includes stories of buff, generous folks of all genders, as well as their pals, lovers, and coworkers.

Comrade Himbo is comprised of nine full-color illustrations and ten multi-page black and white comics by twenty-two talented creators. The Comrade Himbo Kickstarter offers supporters both digital and physical copies of the 6.675” x 10.25” book, as well as other fun rewards such as The People’s T-Shirt. The Kickstarter has already surpassed four stretch goals, including multiple pay raises for contributors, a Hunk-of-the-Month calendar, and The People’s Glutes (“booty shorts for the working class ass!”)

POMEpress is the small press comics publishing imprint of POMEgranate Magazine. We publish smart, strange content for thoughtful and sensitive weirdos in the form of anthologies, zines, and other printed comics work. POMEpress strives to produce work that is both inclusive and welcoming. We are dedicated to nurturing up-and-coming talent in comics by providing a fair rate and complimentary copies to our contributors. 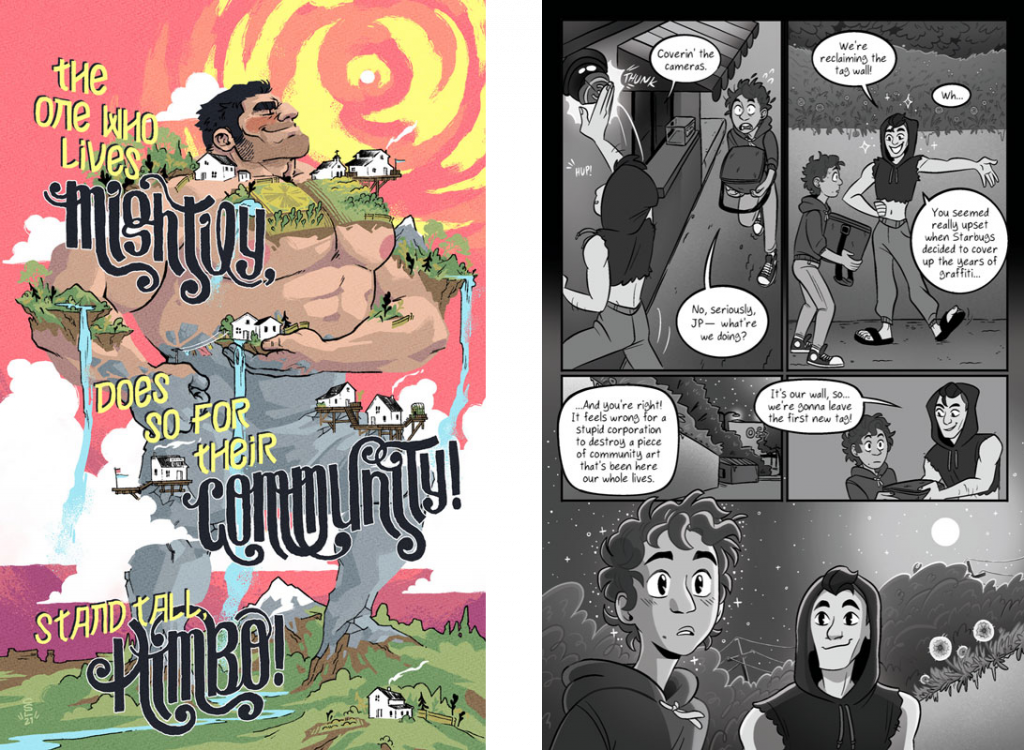 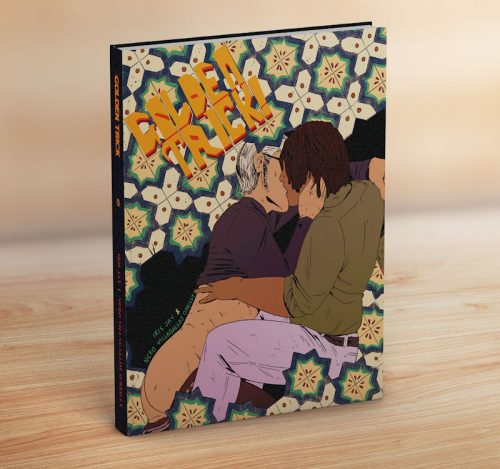 The story follows magical con men Uther and Galahad as they seek to escape the walled city where they were born. The duo must use their charms, both seductive and supernatural, to navigate their getaway– and if they can succeed, they’ll be the first to leave with their lives.

Golden Trick! was originally published on Slipshine.net as a monthly webcomic– first from 2011-2013, and then as a shiny new reboot in 2017-2019. This graphic novel gathers all of the updated comics into one book, with a soft laminate cover and interior design by Hye Mardikian.

The Golden Trick! Kickstarter campaign offers paperback copies of the full color, 240-page volume– as well as other rewards like a Kickstarter-exclusive bookplate, mini prints, and even original art from the book! The campaign’s stretch goals include various book upgrades (such as hardcover copies), plus a surprise pin and other goodies. 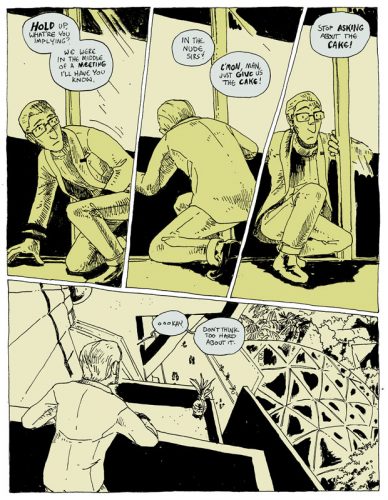 IRIS JAY (she/they) has been posting comics online for over fifteen years, exploring the intersection between technology, community and queer identity. Besides collaborating with her partner Nero O’Reilly on GOLDEN TRICK! and their current series SPLIT CHECK for Slipshine, she also creates her own webcomics CROSSED WIRES and DOUBLE BLIND and has co-edited projects for Fortuna Media. She lives and works in Seattle, Washington.

HYE MARDIKIAN (@explodinghye, they) is a 28 year old queer Armenian graphic designer, editor, and business/technical administrator in the PNW with a taste for tea, tarot, and replying to as many emails as possible in one day. Typesetter by day and worldbuilding writer by night, they’re the EIC of Fortuna Media and a freelance book designer, still seeking to create cohesive, collaborative works that give worthy frames to the beauty found in the art that graces their micropress’ pages. Find them battling tarot demons (or talking way too much about Star Trek) on Twitter, or at explodinghye.com.