Happy Pride Month, everyone!! If you’ve got some spare funds, it’s a wonderful time of year to support independent LGBTQ+ creators– like the ones who’ve organized these spectacular queer comics Kickstarters! 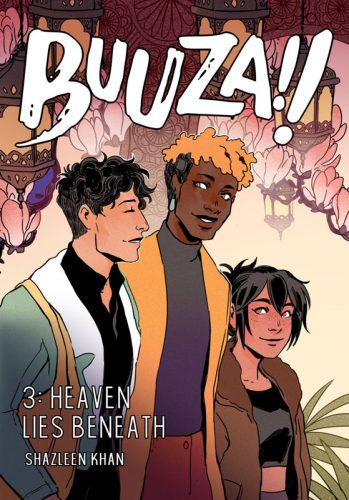 After two successfully funded Kickstarters, award-winning urban fantasy webcomic BUUZA!! is back with another campaign to bring its third volume to print!

Set in a magical alternate version of southwest and central Asia, BUUZA!! is a slice of life comic about and for queer people of color, by a queer South Asian creator. The tale melds themes of found family, cultural identity, and spirituality, as well as touching on issues of marginalization and diaspora.

In a gorgeously loose, flowy style, creator Shazleen Khan interweaves the stories of Sam and Zach, two vibrant twentysomethings taking on life and friendship in the lush nation of Dawlat Al Harir; Musa, a young adult seeking his long-lost half-sibling; his sister Miriam, an heiress engaged in a political rivalry; Zhen, the estranged brother and photographer, embarking on an unlikely phone correspondence; and the country’s beloved ruler and Oracle, Daeng Aria bin Dariush, whose mysterious connections to Sam and Miriam seem to be shaping Dawlat Al Harir’s future. 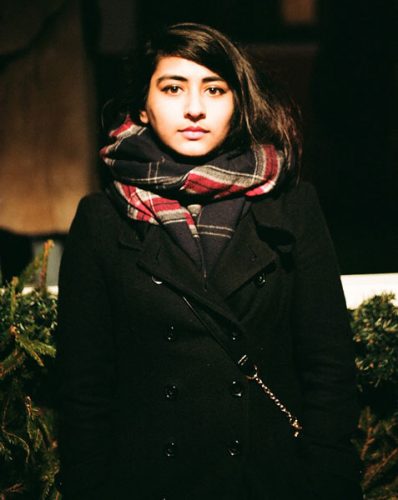 The Kickstarter has reached its first stretch goal (bonus pages with character design concept sketches and creator’s notes)– but there are many more available, and you can help the campaign reach them!

New chapters of the webcomic come out every two weeks, and are available for free on Tapas and Webtoon.

Shazleen Khan is an award-winning British-Bangladeshi illustrator specialising in narrative and comic work. 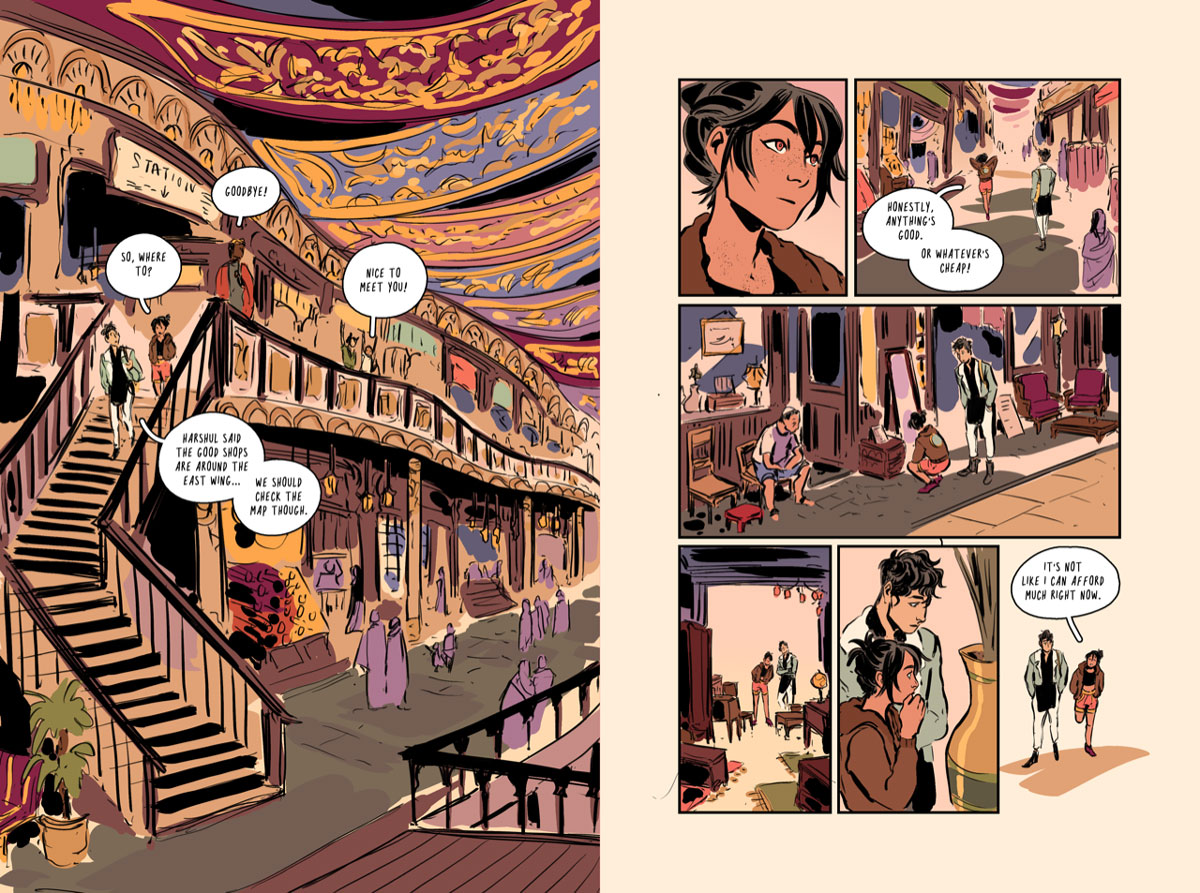 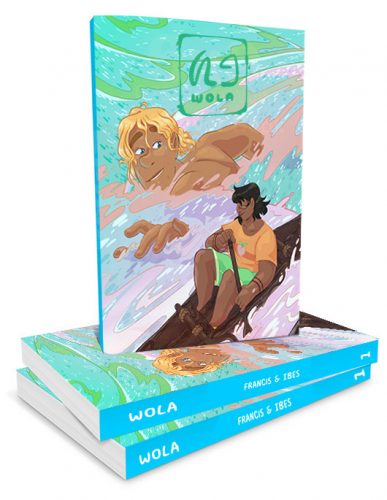 Eelp is a woodworker who lives in seclusion on his home island of Veke, creating beautiful artwork that his mother Pani sells at the market. Kalolo is a friendly local fisherman– and Eelp’s biggest fan. When Kalolo seeks out the elusive artist to commission a new boat, despite Pani’s constant warnings against doing so, he discovers that his favorite woodcarver is a 15-foot-tall half-giant– a revelation that, much to Eelp’s shock, doesn’t seem to bother him… 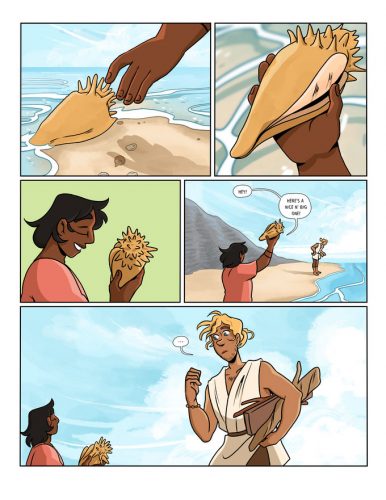 Inspired by modern fairy tales, this vibrant romance comic explores themes of loneliness, first love, and family in a world of wondrous magic. This first issue will include chapters 1-5, as well as some bonus content. Wola’s Kickstarter campaign offers digital and physical copies of the full color, 230-page 6×9” book, in addition to other rewards like a digital wallpaper, set of postcard prints, vinyl stickers, and more! The campaign’s stretch goals include a zine exploring the culture of Wola’s world.

Wola is also available as an ongoing free-to-read comic on Tapas.

Payton Francis is a lesbian comic artist and illustrator located in Minneapolis MN. Her work focuses on LGBTQ+ romance, fantasy, and fat positivity. You can find more of her work on her twitter, @catuallie

E.C. Ibes is a graphic novelist and illustrator based in Minneapolis, MN. She is a lesbian artist with a focus on fantasy, mystery, and LGBT stories. Her work can be found on @saltysalmonella on Twitter.

Information for this article provided by Shazleen Khan & E.C. Ibes. 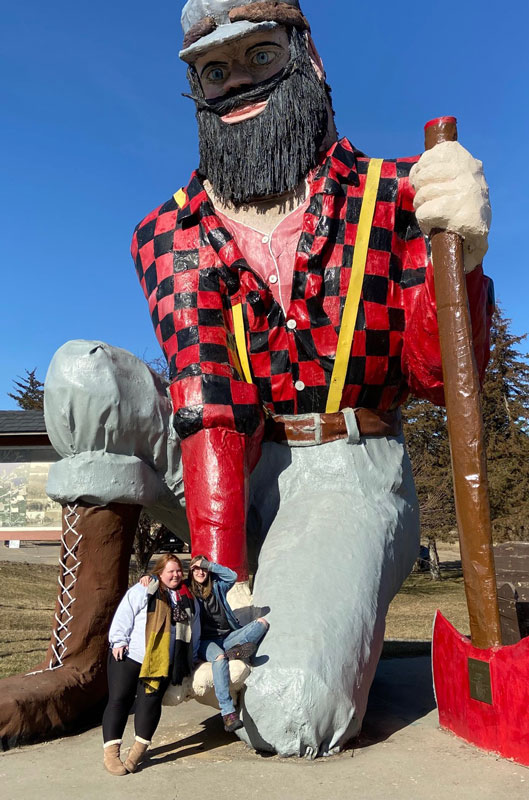