Pride Month is almost here!! But before May ends, check out these awesome queer comics Kickstarters: 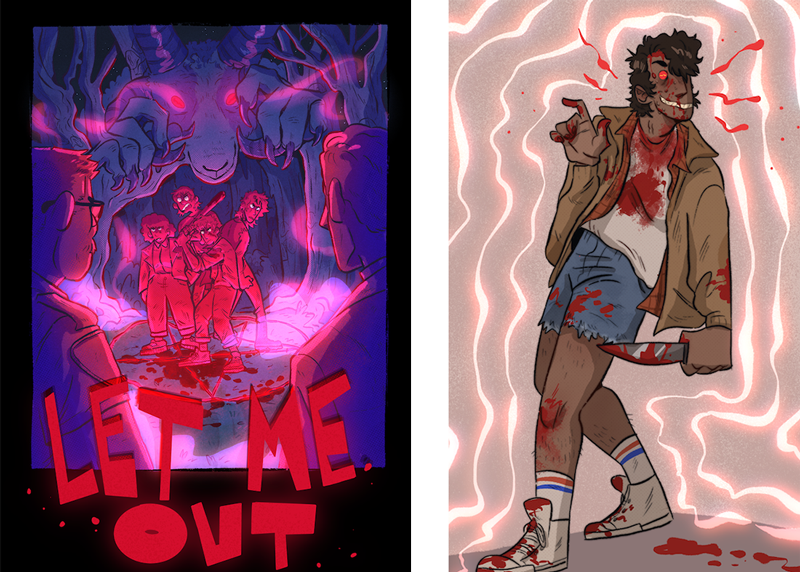 The queer & trans horror comic you’ve been waiting for is finally here!

Let Me Out is an original queer graphic novel that takes classic horror tropes and turns them on their heads. Written and illustrated by trans creative team Emmett Nahil and George Williams, Let Me Out is a story about the ways marginalized folks are often sacrificed on the altars of power– and what could happen if they were given the supernatural means to fight back.

Columbiana, New Jersey. 1979. “Satanic Panic” is sweeping the nation, and when the pastor’s wife turns up dead, four queer punk friends are ensnared by local law enforcement, who see them as convenient scapegoats in a bigoted, increasingly dangerous town. Add in a satanic conspiracy involving secret government bureaus and blood rituals, and things take a turn for the hellish… literally.

The Let Me Out Kickstarter campaign offers potential readers an opportunity to purchase full-color digital copies of the 185+ page graphic novel, as well as other fun rewards such as   a digital wallpaper, exclusive prints, an embroidered patch, development notes, and more! The campaign’s stretch goals include unlocking physical copies of the book, as well as making fun goodies available to those who’ve pledged for lower tiers– so tell your horror-loving friends, roommates, and coworkers to support the project, too! 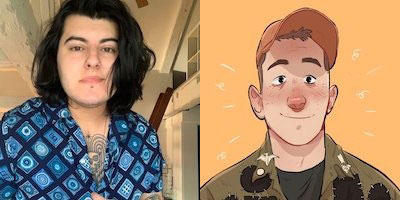 Emmett Nahil is a New England born and bred speculative fiction writer with a passion for horror, sci-fi/fantasy, and all things weird. Having worked on a variety of projects, he also works as Narrative Director & co-founder of the game studio Perfect Garbage. As a mixed Arab-American of trans experience, he wants to bring fun, flawed, and interesting characters of all kinds to genre works. He can be found at www.emmettnahil.com and on twitter, at @_emnays.

George Williams is a trans guy comic artist and illustrator from Merseyside, England. He focuses a lot of his work on queerness and found families, and is the artist on Hamish Steele’s upcoming comic, Croc and Roll. His work can also be found at https://neatodon.wixsite.com/portfolio and on twitter at @neatodon. 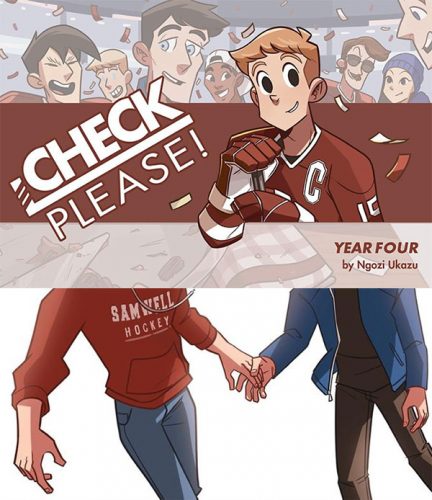 Eric Bittle is a petite former figure skating champion, vlogger, and passionate baker who goes to Samwell University to join the men’s ice hockey team. His dedicated vlogging audience (and, by extension, Ngozi Ukazu’s readership) follow along as he navigates the bro-filled atmosphere of college hockey and a changing relationship with brooding captain Jack Zimmerman… via coping mechanisms mostly consisting of extensive pie baking and being polite and friendly.

Bitty’s senior year features his struggle with leading his found family on the Samwell hockey team to a national championship, while also coming to terms with being an openly queer athlete, and what that means for his family relationships.

The Check, Please! Year Four Kickstarter offers both digital and physical copies of the comics comprising Bitty’s fourth year at Samwell, as well as a myriad of other fun rewards and add-ons including a signed bookplate, exclusive slipcase, hockey jersey, and bonus comics from Bitty’s college journey!

Ngozi Ukazu graduated from Yale University in 2013 and received an MFA in Sequential Art from the Savannah College of Art and Design in 2015. She’s successfully Kickstarted four other volumes in the Check, Please! series, including a book of Bitty’s tweets known as the Chirpbook. She can’t skate. 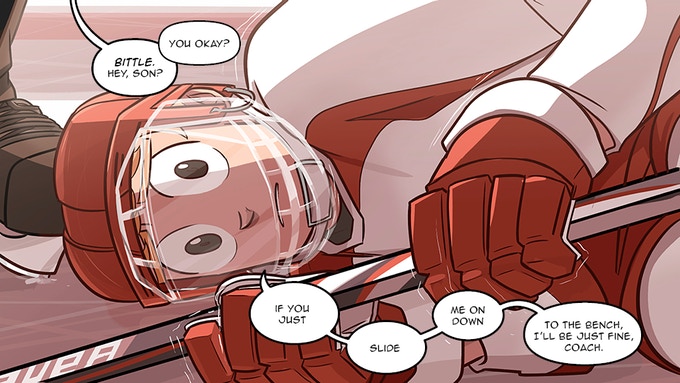 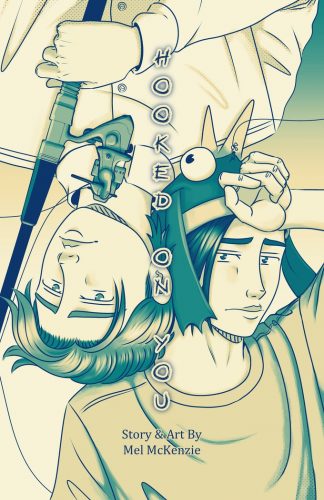 Hooked On You is a romance that proves it’s what’s on the inside that counts.

When Lucas Taylor, salaryman and casual MMO gamer, falls in love with a ‘beautiful sorceress’ he meets online, he assumes that the person behind the mage must be a woman. When he finds out that the player he has feelings for is actually a man, he struggles to come to terms with his attraction– and things only get more complicated when a handsome chef swoops onto the scene.

Hooked On You is free to read on Webtoon and Tapas, where it’s accumulated over 6,000 subscribers. The Kickstarter campaign offers readers the chance to pick up a full digital or physical edition of the 200-page graphic novel, as well as offering limited-edition prints and stickers. Funds will go toward helping author and illustrator Mel McKenzie start her own publishing imprint to create more LGBT comics.

McKenzie, who has been working on the project for four years, says the story reflects her own feelings about romance: “I do not think of myself as straight… Being a good person on the inside is what is most important to me in a partner. That is why I love the message of Hooked On You and want to share it with others.”

About the author:  Mel McKenzie is a small town designer/illustrator from rural Pennsylvania. She graduated from Allegany College of Maryland with degrees in Applied Technical Studies and Multimedia Technology, as well as receiving a Certificate in Graphic Design and a Letter of Recognition in Photography. Her past work includes logos, business cards, and brochures for small local businesses, as well as some interpretive design work for Lens Creek Studios. 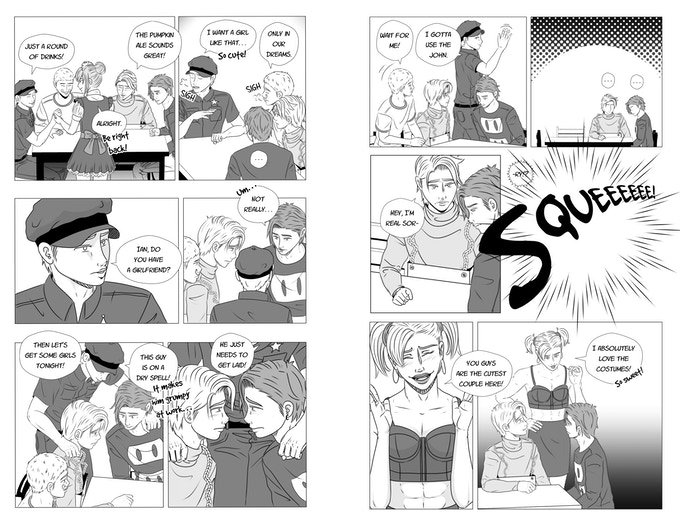 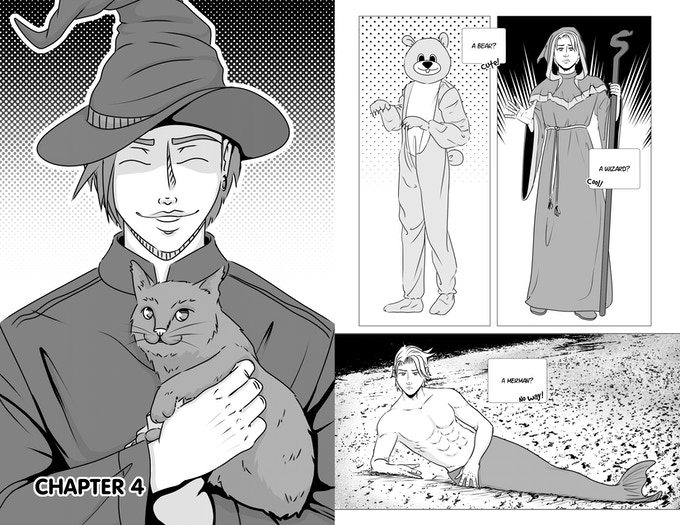 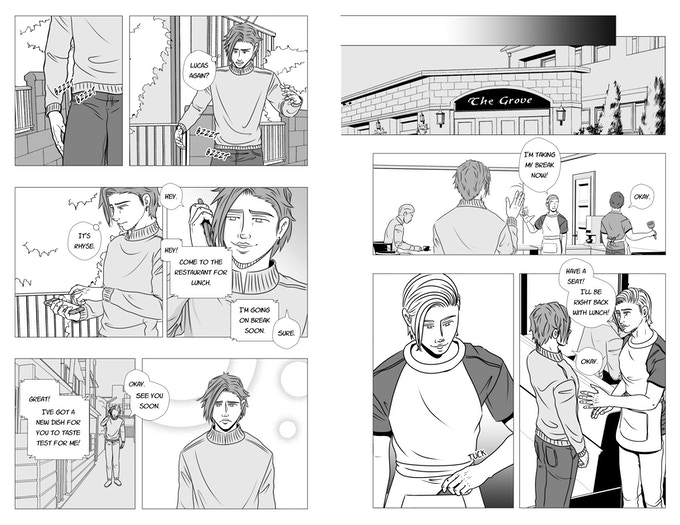 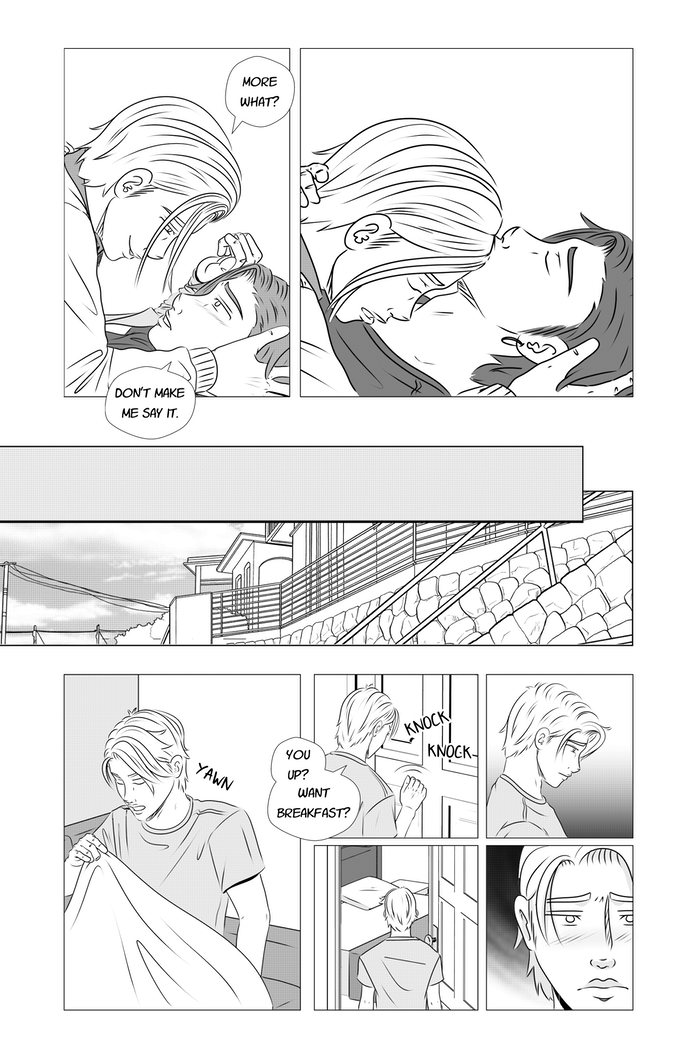 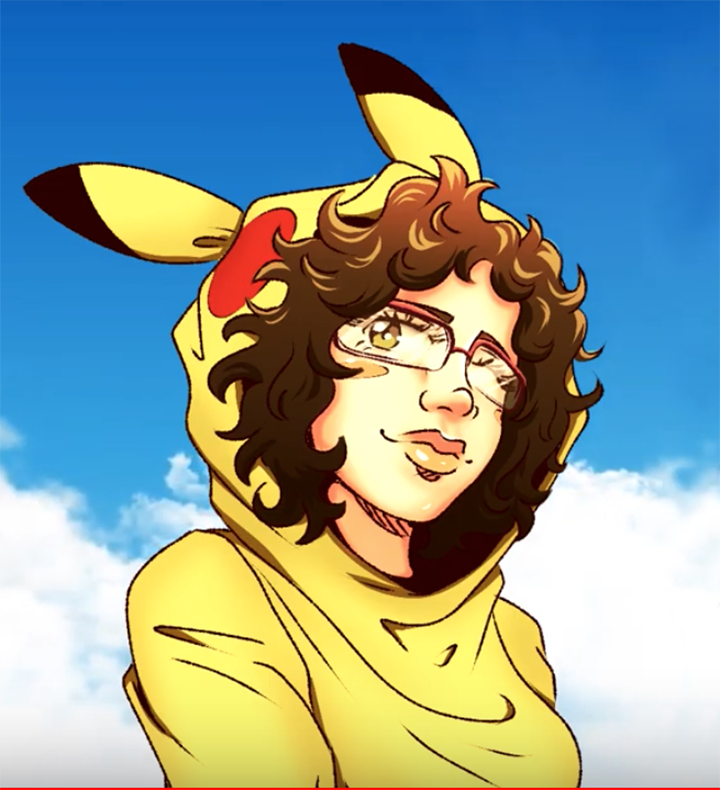