Have you had the chance to back the Kevin Keller Celebration! Kickstarter Campaign yet? The first out gay character in Archie Comics moved into Riverdale a decade ago, and to celebrate, an omnibus featuring every Kevin Keller story is being kickstarted! 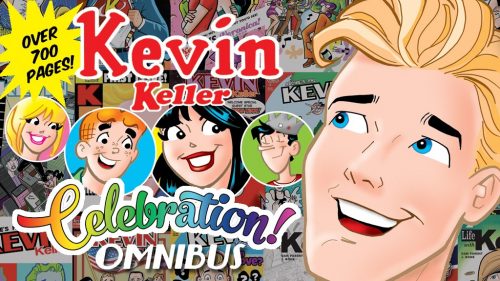 The Kevin Keller Celebration! collection will be over 700 pages, and backers have the chance to unlock awesome rewards that include editions of the book autographed by Dan Parent and a signed print featuring the Riverdale gang! To find out more about the exciting Kickstarter campaign, Prism got the chance to catch up with Parent over email to learn more about the origins of Kevin Keller and see what it was like to be honored with a GLAAD award!

REBECCA & AVERY KAPLAN: Can you tell us about the origin of Kevin Keller at Archie Comics?

DAN PARENT: Kevin came about when new management , namely Jon Goldwater took over Archie Comics. Previously, introducing a gay character wouldn’t have been an option. But Jon instantly thought having a gay character in Riverdale was a good idea, and that’s when I moved forward with creating the character of Kevin Keller.

KAPLANS: What went into creating a gay character to compliment an already existing fictional universe? How did you ensure that he did not come across as a token?

PARENT: I wanted to make sure that the character was authentic, but he needed to be introduced in the framework of the usual fun and lighthearted stories that we usually do. The most important factor was that Kevin not be a token gay character, or something that seemed like a big event just to get a blast of publicity. I didn’t want it to come off like an afterschool special or a “very special episode” kind of feel. Even though we knew all eyes were on us, I think the introduction of Kevin was fun and in the tradition of Archie. 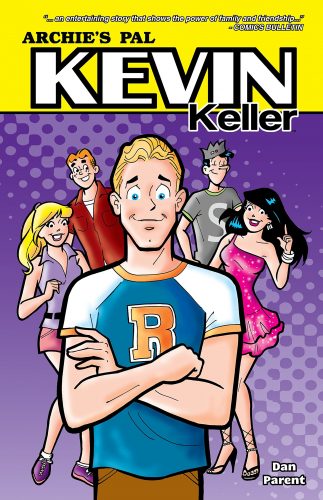 KAPLANS: Both the original Kevin Keller graphic novel and this collection have been released through online avenues. Do you think there is a reason that the internet has been a key element of Kevin’s development?

PARENT: You can reach such a broad audience with the internet. And a kickstarter seemed right for this project, since it’s a BIG project and I have a good amount of crowdfunding experience.

KAPLANS: How has Kevin Keller been received? What was it like to be recognized with a GLAAD Award?

PARENT: Kevin’s reception was fantastic! So many people have embraced the character. Sure, there were a few haters, but for every angry letter we got, we’d get 100 positive ones. The GLAAD award was a wonderful moment. You don’t do these things for awards, but they are indeed very nice! Especially from such a prestigious organization like GLAAD. 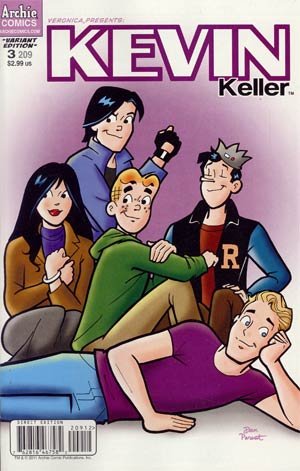 KAPLANS: How has Kevin cleared the way for more queer characters in Riverdale? Do you think Kevin coming out made it possible for Jughead to be textually recognized as asexual?

PARENT: Well, the door is open for all kinds of queer characters in Riverdale. (Stay tuned!)

And even though Jughead is far from asexual on Riverdale, he was announced as asexual in a storyline a few years ago. I think it’s very important to acknowledge asexuality, as I’ve met many asexual people at conventions I’ve been too (and have a few asexual friends myself).

Representation for them is very important.

KAPLANS: Who is Kevin’s celebrity crush?

PARENT: Hmm… that’s a good question. I think that may be a good idea for a future storyline… 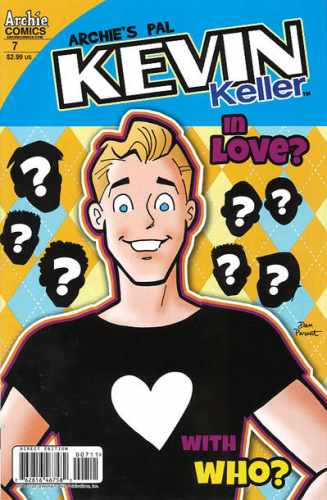 KAPLANS: Did you face any challenges bringing Kevin to the page (either within the publisher or without)?

PARENT: No, Archie comics have been nothing but supportive. Despite some backlash and a few threats (from the usual trolls) it has been an overwhelmingly positive experience.

KAPLANS: When was the decision made to have Kevin be the son of an army colonel? How early in the creative process did this interesting character detail emerge?

PARENT: Making Kevin an army brat came about when I decided that Kevin moved around a lot as a kid, and the fact that he couldn’t form long lasting friendships due to this was a part of his character. It also made him realize how much he wanted to be rooted in a stable place like Riverdale.