If anyone were to ask me what I think is the biggest problem in comics these days, my answer would most likely be “consistency.” Granted, this is an entertainment medium devoted to fiction, so some creative leeway must be given. But comics are also a collaborative medium, which means oftentimes too many cooks are stirring the proverbial pot.

At the time this article is published, we will be nearing the end of the second month of “The New 52,” what DC Comics has ever so cutely dubbed the relaunch of their main line of comic books. Now, I hadn’t really intended to share my views on this massive endeavor, but after witnessing its execution, I can’t keep holding my tongue.

I wasn’t around the first time DC initiated a revamp of their superhero titles. What the Silver Age had going for it, though, was the fact that the superhero genre had grown stagnant in the decade or so prior. Many of the characters featured so prominently during the Golden Age had faded away, and no one seemed to care. So when new versions of those characters debuted in the late fifties and early sixties, it seemed like a natural and organic progression that reflected the changing times of the real world and the growing sophistication of the average comic book reader. What made it work was that there was a strong level of consistency to the collaborative efforts of all those involved.

Jump ahead 20 or so years later. Consistent collaboration still permeated the DC offices, so much so that it began to consume itself. Writers and editors were trying hard to make every character and situation in the DC Universe fit together in a way that was logical and made sense, and in doing so they ended up painting themselves into a corner. Eventually, with all the parallel universes and alternate histories created to explain away discrepancies both major and minor, DC decided the time had come for another relaunch, one that was masterfully set up by the classic maxiseries, Crisis on Infinite Earths. All of DC’s heroes started over from scratch, and the idea was from then on to keep looking forward and not look back. 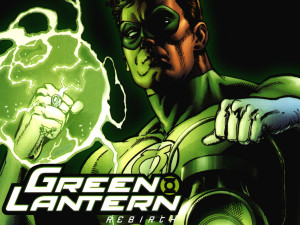 For a while, this ideology worked. But something happened within the past few years to put it in reverse. If I personally had to pinpoint the precise moment, I’d have to say it was most likely when DC decided to bring back Hal Jordan as Earth’s numero uno Green Lantern. Not to say that they story itself was all that bad; it just seemed…unnecessary. And from that point on, it seemed as if DC was all about retro-fying the forward-thinking universe they had worked so painstakingly to establish.

So here we are again, another 20 or so years after the last reboot. This time, however, it’s as if DC is trying to have the best of both worlds by starting completely over and also by attempting to honor certain traditions. Already we readers are able to see it isn’t quite working. The company has made it quite clear that, in the new continuity, superheroes have only been around for five years (although Batman had been working in secret for a little longer). In reality, five years isn’t all that long—definitely not long enough for all the things that happened throughout our heroes’ publication history to have actually happened. That means longtime fans who adore these characters are being told to ignore everything that has come before. Easy to do, maybe, but why should we have to? 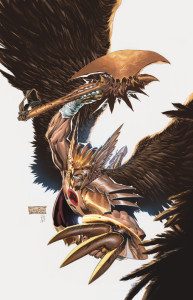 The latest reboot of the DC Universe feels ill-timed. This past August, when all of the “Old DC” comics titles ceased publication, they simply dropped dead without any dignity or glory. To me, after the reboot was announced, it was rather pointless reading any DC comic, knowing that those stories would never “count.” I still puttered along, though, determined to see it through to the bitter end. And I’m still puttering through as the “DCnU” continues to come together. These characters have been part of my life for so long now that I cannot see myself ever abandoning them.

So far—as with any sweeping change—it has been hit or miss. I’ve been digging the Batman titles a lot, but that could be because that Batman’s history, just like Green Lantern’s, survived the relaunch relatively untouched. I also like the fact that DC has brought back characters deemed “Vertigo-only”: Madame Xanadu, Shade, Animal Man, John Constantine, Swamp Thing, etc. What I don’t like is how some characters have been slapped with new backstories that just don’t seem to click. The original Teen Titans appear to be almost nonexistent, except for a brief mention in the atrocious Red Hood and the Outlaws. Hawkman has a new origin that strips away the element of reincarnation, which is what made his relationship with Hawkgirl so compelling. And don’t get me started on the costume redesigns. (I’m looking at you, Supergirl and Black Canary—or, rather, I’m trying NOT to!)

It’s important for any long-running work of fiction to keep up with the times, and that’s why in every generation since superheroes were invented we’ve seen sweeping changes take place. But part of the beauty of comics is that they have been around for so long. The characters are familiar to us, and they can only be changed so much before they become unrecognizable and—dare I say it—unwelcome.