Comic-Con International is not happening in San Diego this year.  But we’re pleased that Comic-Con is holding a virtual online Con with video panels, booths, a souvenir book and more – Comic-Con@Home. 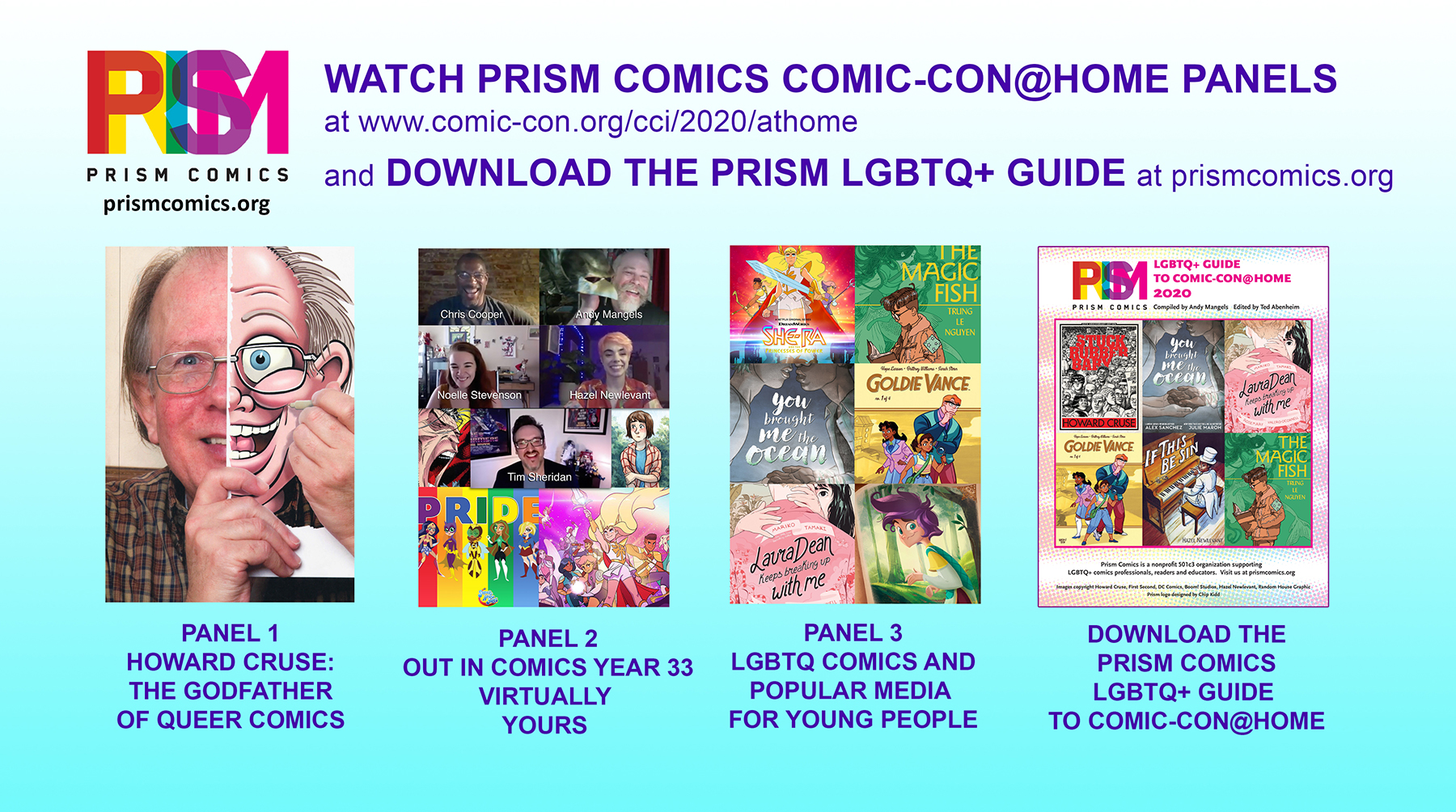 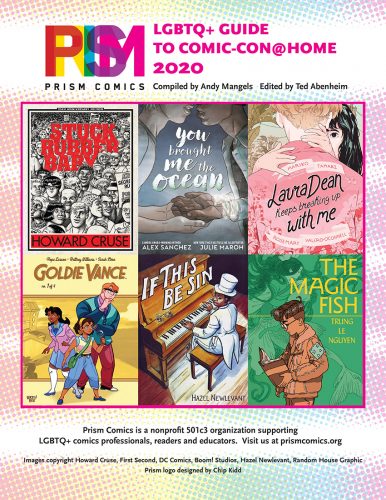 You can buy books signed by some of our panelists and more at our new Prism Pop Up Shop opening soon.

We also have a limited number of copies of The Complete Wendel specially signed for us by the late Howard Cruse. Our Prism panels feature a wonderful, diverse group of creators from major publishers, television, features and independent comics. The videos premiere online on the dates and times listed below. Click the links below to go right to the videos: Panels will remain online for viewing afterward the premiere dates. A big Thank You to the marvelous moderators who organized the panels and to the stellar panelists who participated.  Enjoy our panel presentations, and we hope that you all stay safe and well.

A TRIBUTE TO Howard Cruse: The Godfather OF QUEER COMICS
Friday, July 24 – 10 AM PDT and after

Watch on Comic-Con@Home or on YouTube Howard Cruse, widely recognized as the “godfather of queer comics,” passed away on November 28th, 2019. He left behind a remarkable legacy as the creator of Gay Comix, Wendel, and Stuck Rubber Baby. Howard Cruse not only broke open doors with his prodigious talent, but he held them open for those who came after him. 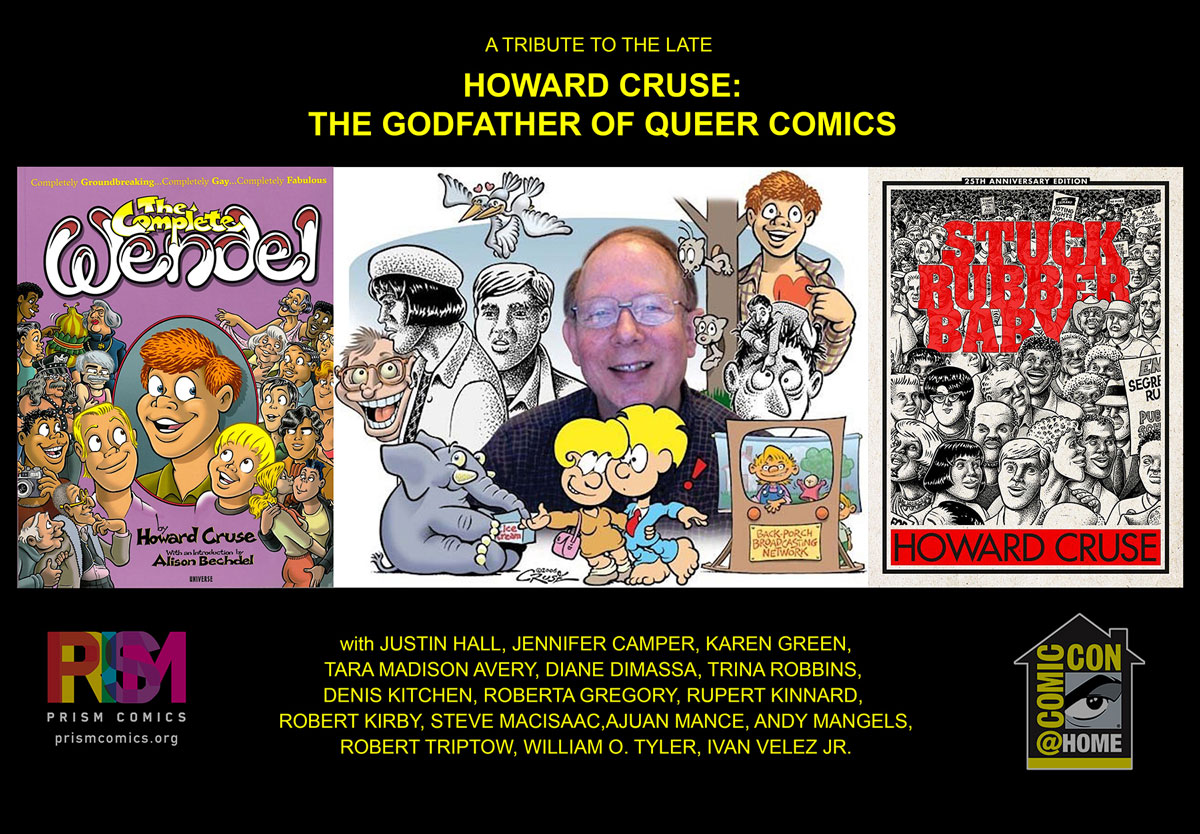 OUT IN COMICS YEAR 33: VIRTUALLY YOURS
Saturday, July 25 – 6 pm PDT and after

The comic world’s longest-running panel turns 33 this year and enters the virtual age with Comic-Con@Home!  How do LGBTQ and LGBTQ-friendly writers, artists, directors, producers, actors, entertainers and journalists create diverse representation, characters and storylines? In our politicized and polarized world, what kind of heroes do we need behind-the-scenes, and on the page and our screens? 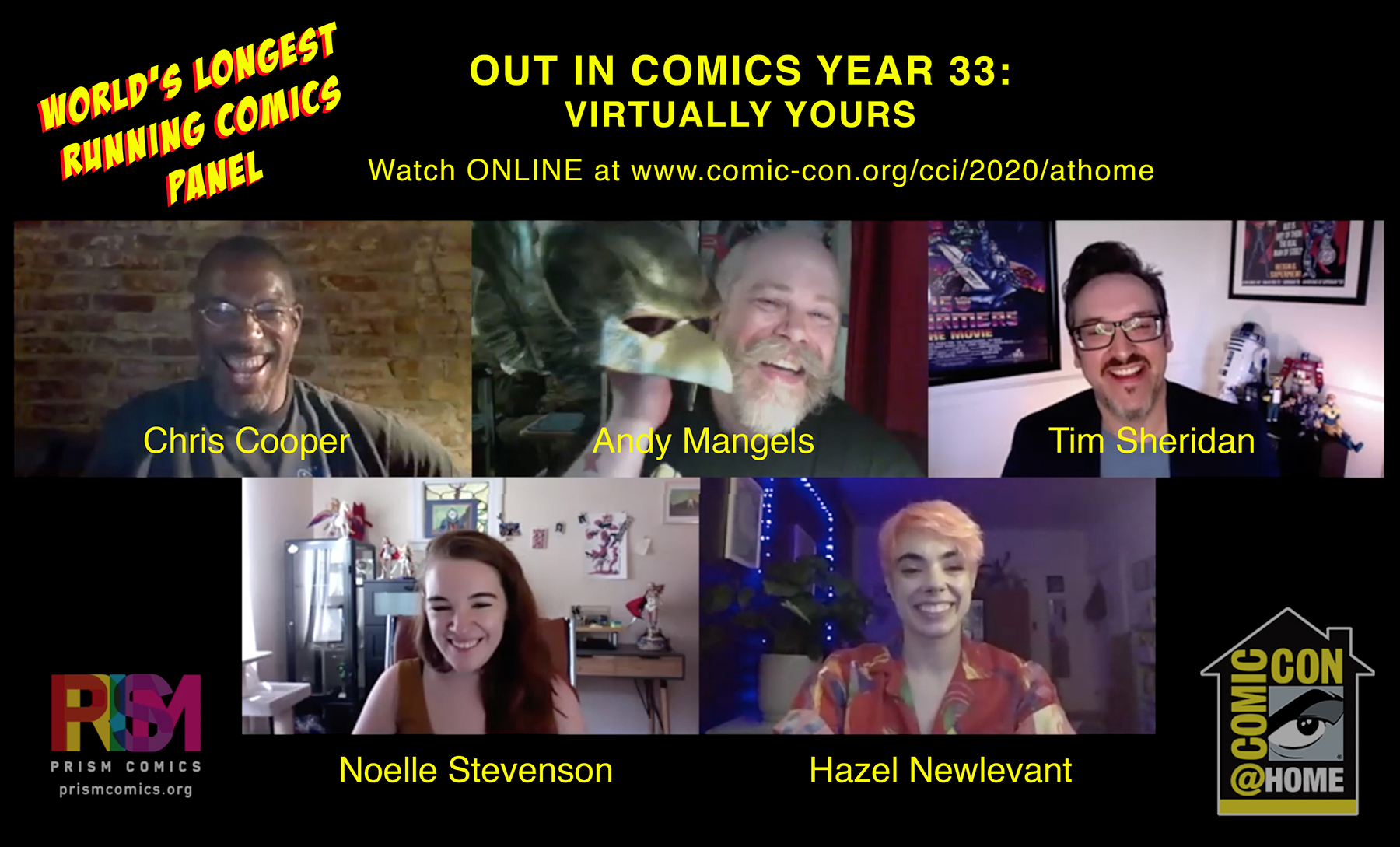 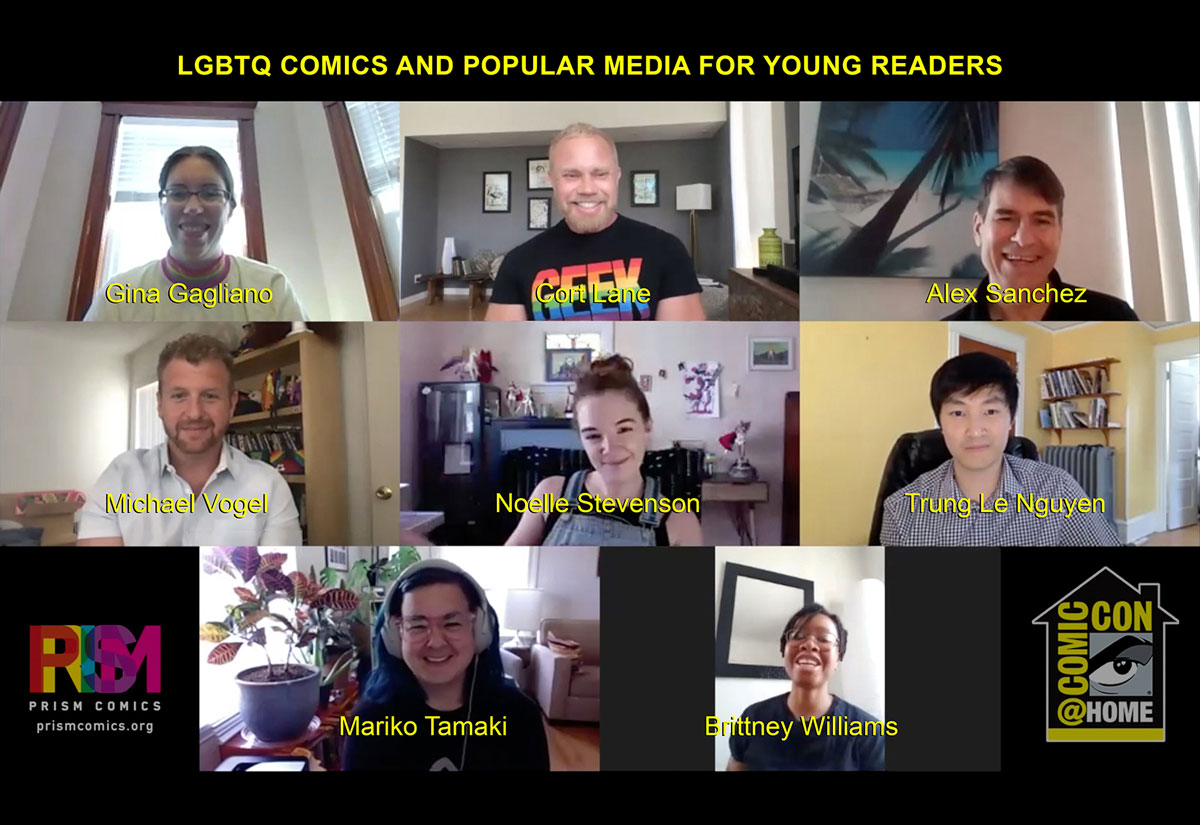