Prism Comics is the leading non-profit, all-volunteer organization supporting lesbian, gay, bisexual, transgender, questioning, intersex, asexual and LGBTQIA-friendly comic books, comics professionals, readers and educators. In the 80’s and 90’s LGBT comics and creators were often marginalized. In 2003 a small group of comics fans and professionals gathered together to form Prism Comics – an organization and website where LGBTQ and LGBTQ-friendly comics creators could network and share their comics and readers could find works that spoke directly to their experiences and lives.

Since then Prism has exhibited at and presented panels at many comics conventions around the country including San Diego Comic-Con, WonderCon, New York City Comic-Con, MOCCA, APE, Emerald City Comic Con and more. Prism also participates in events and does outreach to local LGBTQ organizations in numerous cities

In addition, Prism is one of the only organizations in the comics field which awards an annual financial grant to help aspiring comics creators publish their work – The Prism Comics Queer Press Grant.  The Queer Press Grant is announced each spring at WonderCon in Southern California.

Comics and graphic novels have become a very popular and accepted medium over the years since Prism was founded. The acceptance of LGBTQ comics, stories and characters has changed greatly. Many LGBTQ comics creators have reached prominence and in both mainstream and independent comics, and every day new creators looking to “speak their voices”. Prism is here to foster all of our LGBTQIA voices and provide a welcoming community of diversity in comics and popular geek culture.

Prism Comics welcomes submissions from both professional and amateur writers and artists. Full submission guidelines can be found here.

Prism Comics welcomes press releases and news articles concerning works by members of the LGBT community in comics, or comics featuring LGBT themes. Prism Comics promotes the works of the LGBT community in comics. It does not endorse such works, explicitly or implicitly, nor any other material or products associated with such works. Any opinions expressed in any News/Press Release items are those of the respective authors. Send press releases to press@prismcomics.org

Everyone involved with Prism Comics is an unpaid volunteer who is helping out simply because they want to see Prism’s goals achieved. Collectively, we’ve come up with a lot of exciting ideas for future projects, but we rely on an increasing number of volunteers to help us make those ideas into realities and to come up with even more.

Anyone interested in getting involved should first fill out our volunteer form. This quick questionnaire gives us the essential info and lets us know what your skills and interests are, helping us to clarify how (and how much) you want to get involved.

If you’d like to immediately start promoting Prism Comics in your local community, you can download this informational flyer to help you explain what our organization is all about.

Prism Comics awards a $2000 grant each Spring to help an independent comics creator publish their work of interest to an LGBTQ audience. Full details on the application process can be found here. 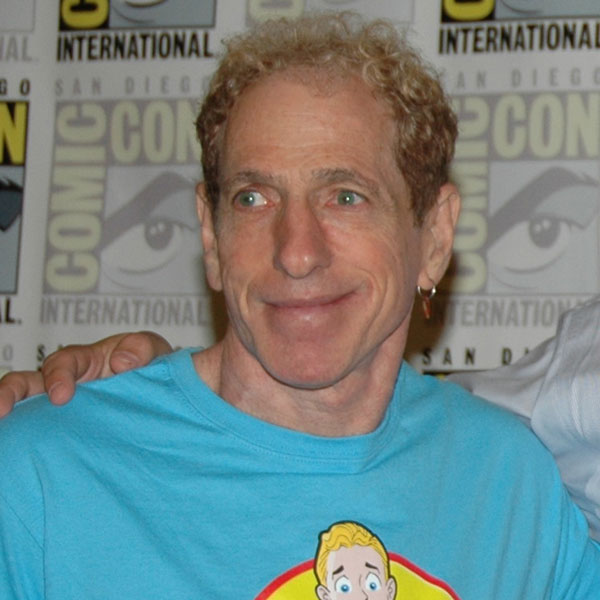 Ted’s background is in film production and producing fundraising events.  He learned how to read through comics as a kid and hasn’t stopped reading them since.  Ted became involved with Prism as a volunteer in 2005 at San Diego Comic-Con because of the welcoming community for LGBT comics creators and readers Prism provided.  He is proud to be part of an organization that helps give the LGBTQIA comics community a voice to share our talent, our imaginations, our experiences and our dreams.  He’s also been known to wear a few superhero outfits here and there while running the Prism booths at Cons. 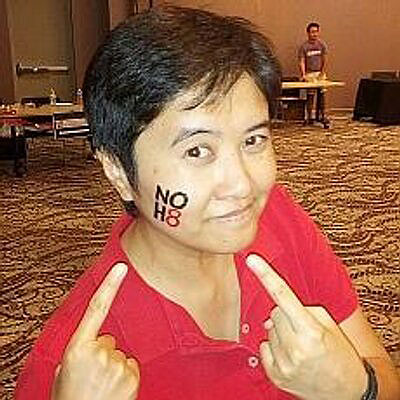 P. Kristen Enos has over 25 years experience as a lesbian activist in journalism and outreach. Her column “Active Voice” ran in The Blade California LGBT Magazine for almost 4 years, and her critically acclaimed fantasy novels Creatures Of Grace and The Queens And Kings Of The Seas were both Pacific Book Awards Fantasy Finalists. Her latest project is the comic Web Of Lives, which is her excuse to write about kick-ass women and girls. Her website is www.pkristenenos.com. 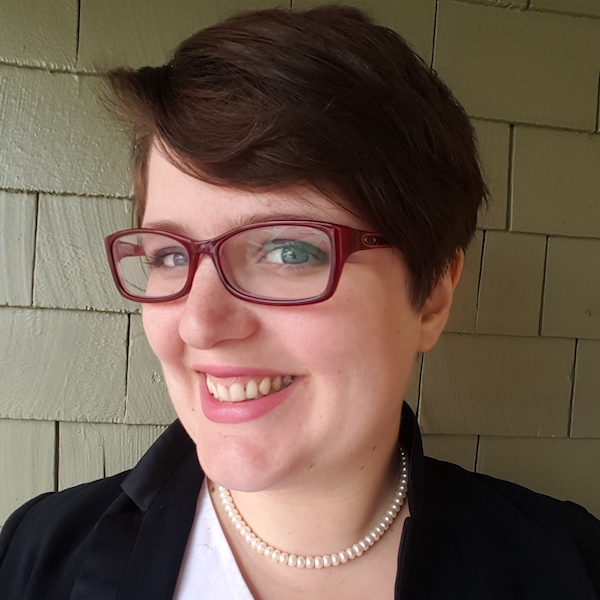 Elizabeth Beier is an Oakland based cartoonist and storyteller. Her comics focus on bisexual life through the lens of dating and crushes, and true personal stories. While she is not sketching and cartooning, she is also a storyteller, and has performed at the Moth Grand SLAM at the Castro Theater. She is honored to have received the PRISM Queer Press Grant in 2016, and is working on producing a collection of her stories for March 2017. You can see her comic work and performance work at www.elizabethdrewyou.com 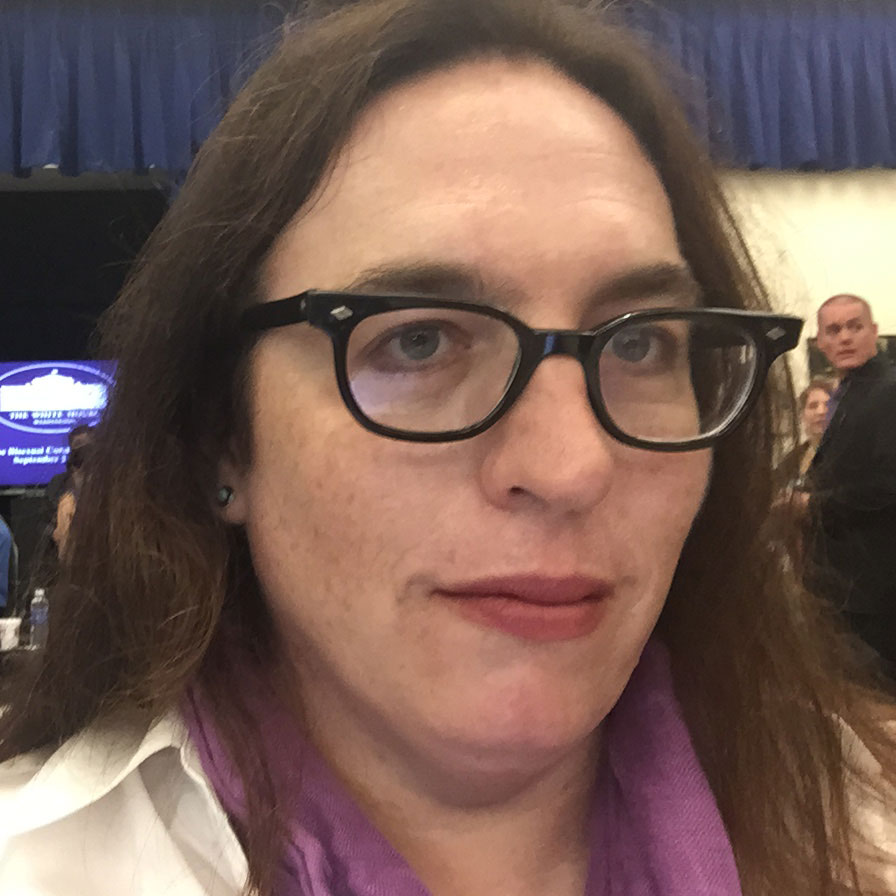 Tara Madison Avery published her first professional comics in 1990. Since then she has created the bi-themed web comic Gooch and contributed a story to the groundbreaking bi/pan/fluid comics anthology, Anything That Loves. In addition to her work with Prism Comics, Avery has also been a member of the Los Angeles Bi Task Force and served as its chair from 2012 to 2014. In 2015 she founded Stacked Deck Press, a comics publishing house dedicated to showcasing LGBT creators. She is currently working on a new comic, Merrier, inspired by the Los Angeles bi, trans, and poly communities. 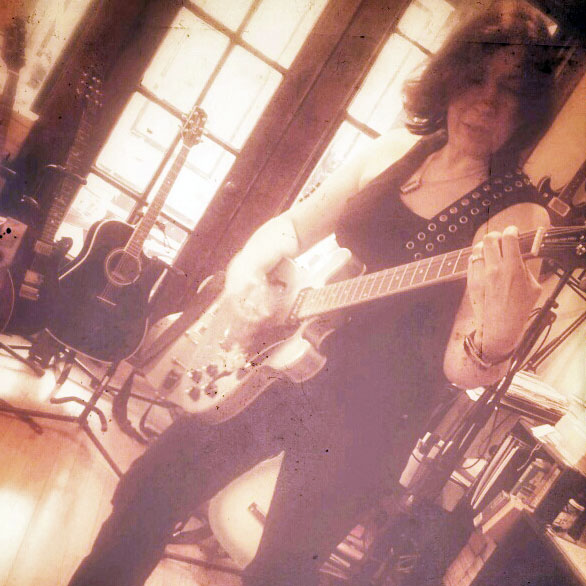 JD Glass is the author of American Library Association (Stonewall) and Lambda Literary Award (Literature) Finalist Punk Like Me (currently being illustrated by Kris Dresen for graphic novel adaptation), followed by Punk And Zen, then Lambda Literary Finalist and Ben Franklin Award Finalist for Red Light. She also penned GCLS Finalist American Goth, and the critically acclaimed X. Selection editor (and contributor) for the GCLS Award winning anthology Outsiders, and was listed on The Advocate’s Top 100 for CORE, Vol.1 Iss.1, the novel First Blood came soon after, followed byGCLS Award Finalist for the anthology, Nocturnes. Glass Lions then followed. The novel Punk Like Me will be released April 2016 as a German translation; a revised and expanded edition of Red Light releases November 2015. JD also has articles in The Advocate, AfterEllen, and OutLet, to name a few. Her work can be found in various bookstores, online retailers, and at dresenglass.com. 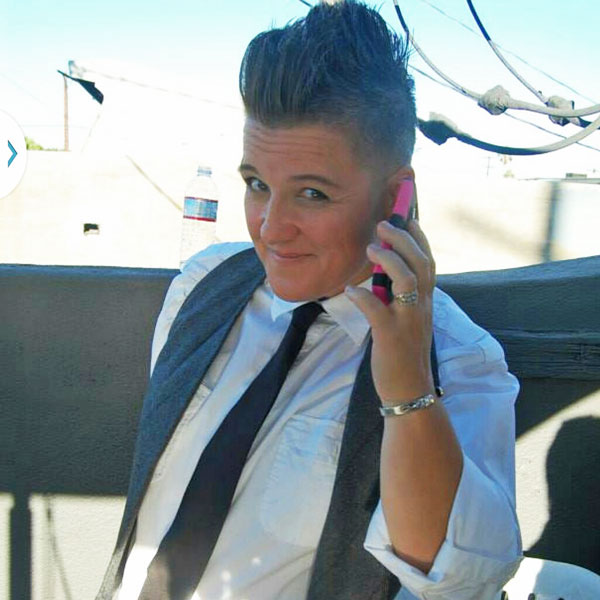 Angela Brooks is Prism’s social media super hero. When not spreading the word about Prism comics via the inter webs she can be found at the local cineplex or chasing down the newest food truck to hit LA. 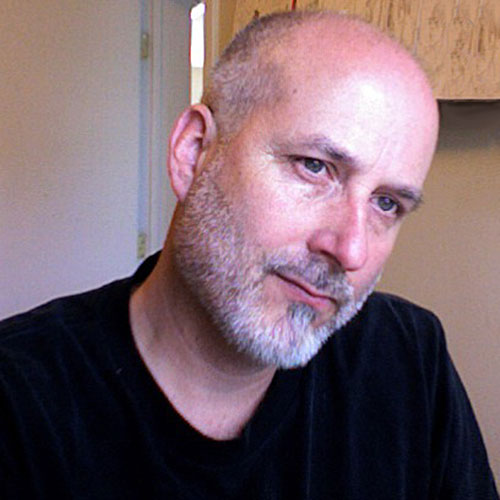 Jon has contributed comics to Gay magazines such as Steam, Wilde, Bunkhouse and International Leatherman, as well as the anthologies; Gay Comix, Meatmen, Boytrouble, No Straight Lines, and QU33R. He is best known for his graphic novels Teleny And Camille, and Fearful Hunter. He lives in Oakland California. 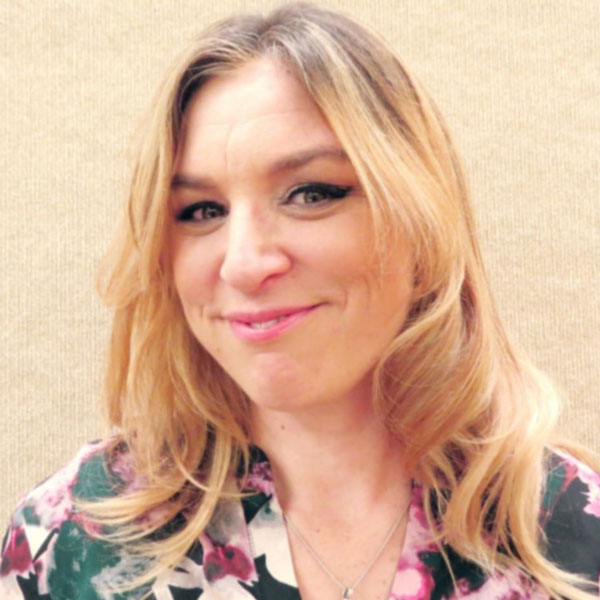 Missy is currently in her senior year at CSUSB pursuing a BA in English Literature and completing a minor in Communications.  While attending school, Missy has volunteered for the last five years with Prism Comics at various conventions throughout southern California.  In her spare time, Missy enjoys the outdoors by birdwatching and hiking at national and state parks. She has volunteered many hours to preserve and protect local environments for future generations.  She loves all things nerd culture the most, however, and welcomes in depth conversations about anything produced by Jim Henson studios or Hayao Miyazaki.

Missy is just a comic book hobbyist, and by no means an expert, however she welcomes and enjoys creativity in all of its forms and believes there is a place for every kind of voice in the world of literature and pop culture.

For her, Prism Comics is more than just a nation-wide distributor of LGBTQ comics. It has become a family of many different types of people who share and foster a love of creativity and her absolute favorite thing about volunteering for Prism is creating a safe and celebratory space where fans, creators and readers can come and feel at home. At Prism, there is a place for everyone, and as a straight supporter, she is absolutely thrilled to be a part of this special group of people. 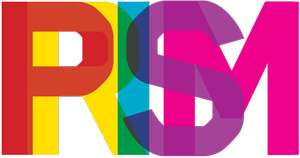 Prism Comics is always looking for volunteers to help us at conventions and maintaining our website. Please contact us if you’re willing to help. We’re also looking for permanent members to help with the organization in various capacities. Please inquire on our contact page.

Staff members, creators, volunteers, panelists, visitors to the Prism booths should represent the values under which Prism was founded and respect commonsense rules for public behavior, personal interaction, common courtesy, and respect for private property. Harassing, offensive, confrontational or inappropriate behavior will not be tolerated in and around Prism convention booths, Prism panels and other Prism functions and appearances, on the website, internet or anywhere you are representing Prism Comics.

PROHIBITED BEHAVIOR (includes but is not limited to):

If a person finds themselves in a situation at a comic convention or event where they feel their safety is at risk or if anyone becomes aware of an attendee not in compliance with this policy they should immediately locate the nearest Prism Board Member or Booth Captain so that the matter can be handled in an expeditious manner. If a Prism Board Member or Booth Captain becomes aware of behavior that is prohibited, either by witnessing it directly or it being reported, they may take any action they deem appropriate, including warning the offender or expulsion from the booth, panel or activity.