(Advance Warning: this article was written by a man. A gay man. One who has read all of L. Frank Baum’s Oz books and enjoyed them while still understanding that they don’t have the continuity of a postage stamp or the depth of a wading pool. With this in mind…enjoy!)

As the parade marched by, the Munchkins raised their voices in a loud cheer. From the back of the crowd, Arka pushed up to the front so that he could join his friend Bullshwick.

“Sorry I’m late, Bullshwick! What did I miss?”

Now Arka was never a Munchkin to accept things without a question. “A general favorite? Why is that? What makes her so popular?”

“Don’t you know? Oh, many reasons! First of all, she got rid of two evil witches!!” 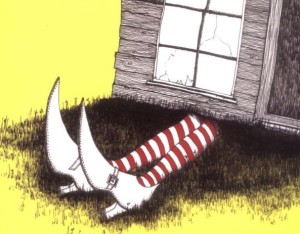 Arka’s eyebrow went down in a questioning look. “Got rid of? You mean she deported them or something?”

“But they were evil! They deserved it!”

“Because they practiced magic and took control over a different section of Oz each!”

“That’s not evil! Glinda does magic and they say that she’s very good! She’s even known as the Good Bitch…”

“Yeah, but Glinda’s pretty to look at and they were all ugly! So they HAVE to be evil!”

“You’re a bigot, Bullshwick, you know that, right?”

“So what else makes Dorothy such a favorite? And what is a ‘general favorite’ anyway? Is it a rank in the army?” 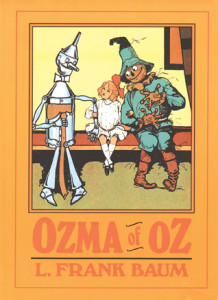 “Dorothy is also a favorite because she brought our beloved Ozma back to rule over all of Oz! At least I think it’s her that did it. That’s what Faxnewts told me anyway.”

“But Ozma is our chosen ruler!”

“You mean that while she was missing that we didn’t have a ruler?”

“Well no, we had several. But they weren’t the ruling family!”

“So we disliked the old rulers?”

“Um…no. The Wizard and the Scarecrow are both very popular too.”

“So they are general favorites too?”

“Then why didn’t either of them stay ruler?”

“Well, the Scarecrow chased off the Wizard with Dorothy’s help, and then Ozma came back and took over.”

“But she remained friends with the people who used to be in control? That sounds very suspicious to me!”

“And you haven’t thought since the last time the Wicked Witch took a bubble bath, Bullshwick.”

“But that isn’t everything! She also brought the Scarecrow, the Tin Woodsman and the Cowardly Lion to the Emerald City to help us!”

“You mean a Samhain living idol, an ax-wielding maniac and a murderous jungle beast?”

“You really are a dick, Arka.”

“I just calls ’em as I see’s ’em, Bullshwick. So tell me, besides her homicidal tendencies, her coup takeovers and her gang activity, what is it that REALLY makes Dorothy so popular? And none of this nonsense like you’ve been spouting!”

Bullshwick was silent for a moment, looking down at his shoes in shame.

“She puts out.” he finally said in a soft tone.

And THAT, children, is the story BEHIND the Wizard of Oz!